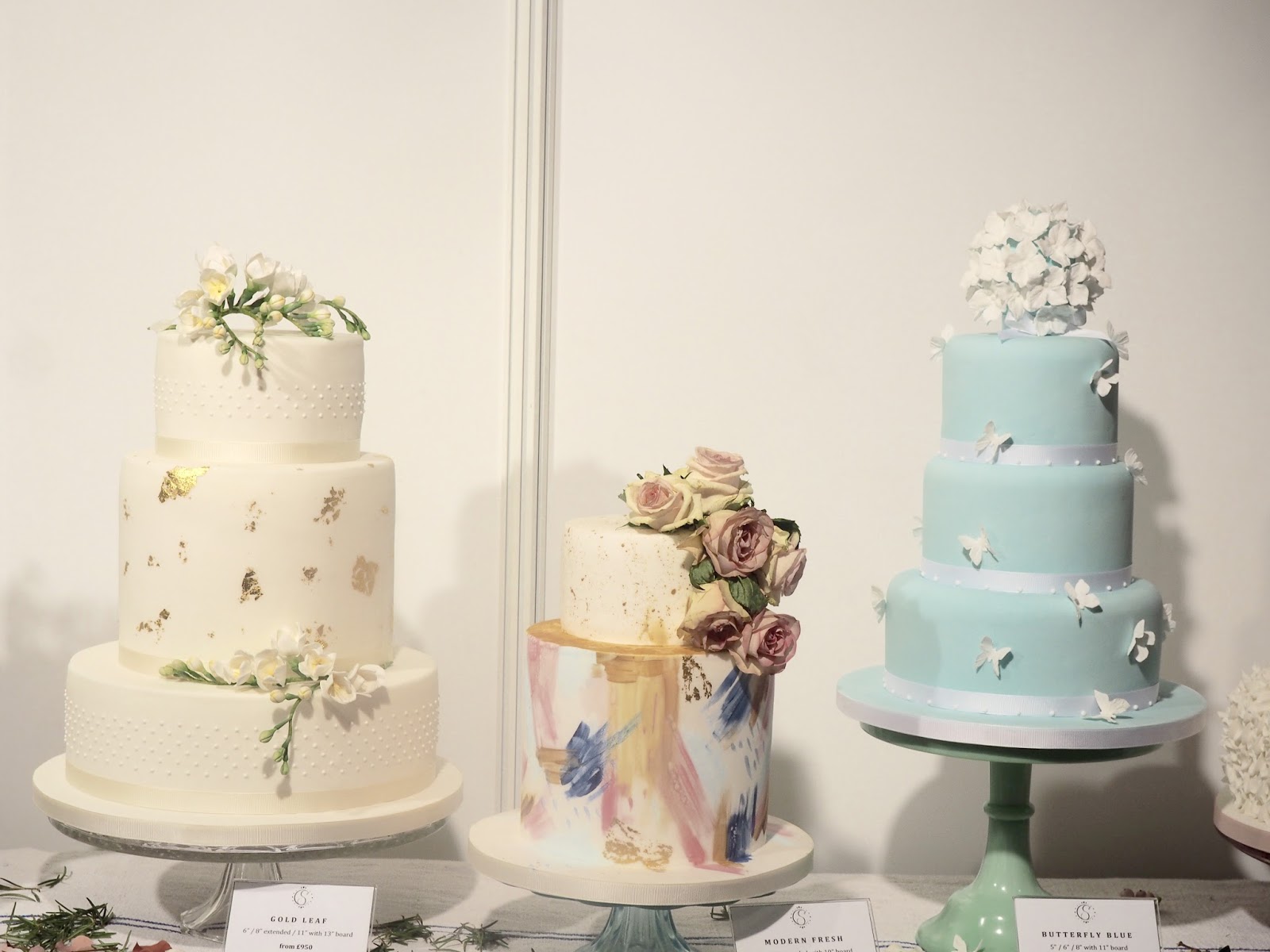 Last weekend I went to The National Wedding Show in London with my mum, Laila (one of my beautiful bridesmaids) and Laila’s family. Whilst the London Olympia isn’t the most impressive building in London (think giant greenhouse) it’s a great place for an enormous showcase and is relatively easy to get to if you aren’t allergic to Google maps. It’s a short walk from West Kensington tube station if you’re travelling Monday – Friday. If it’s the weekend then Olympia has its own station on the District line.

We had been in the building for approximately two seconds before I spotted a thousand things I could photograph; branches made to look like windows, rustic log place settings, actual ceilings of flowers and chairs covered in hydrangeas (and antlers – because I have no idea?).

Whilst my mum was happily getting her eyebrows attended to, I set off to overfill my portable Pinterest (that’s how I refer to my brain these days) with ideas for our wedding. 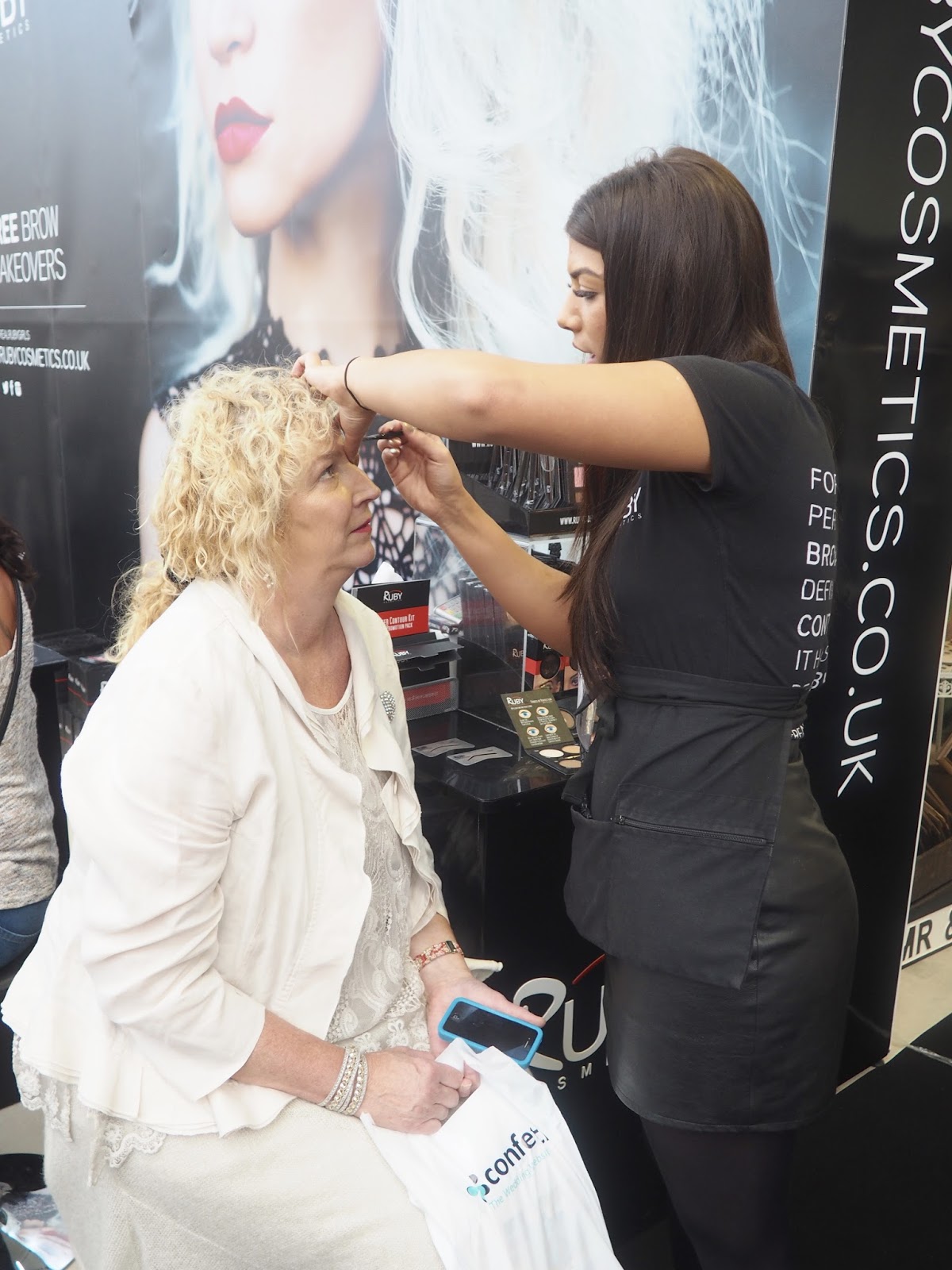 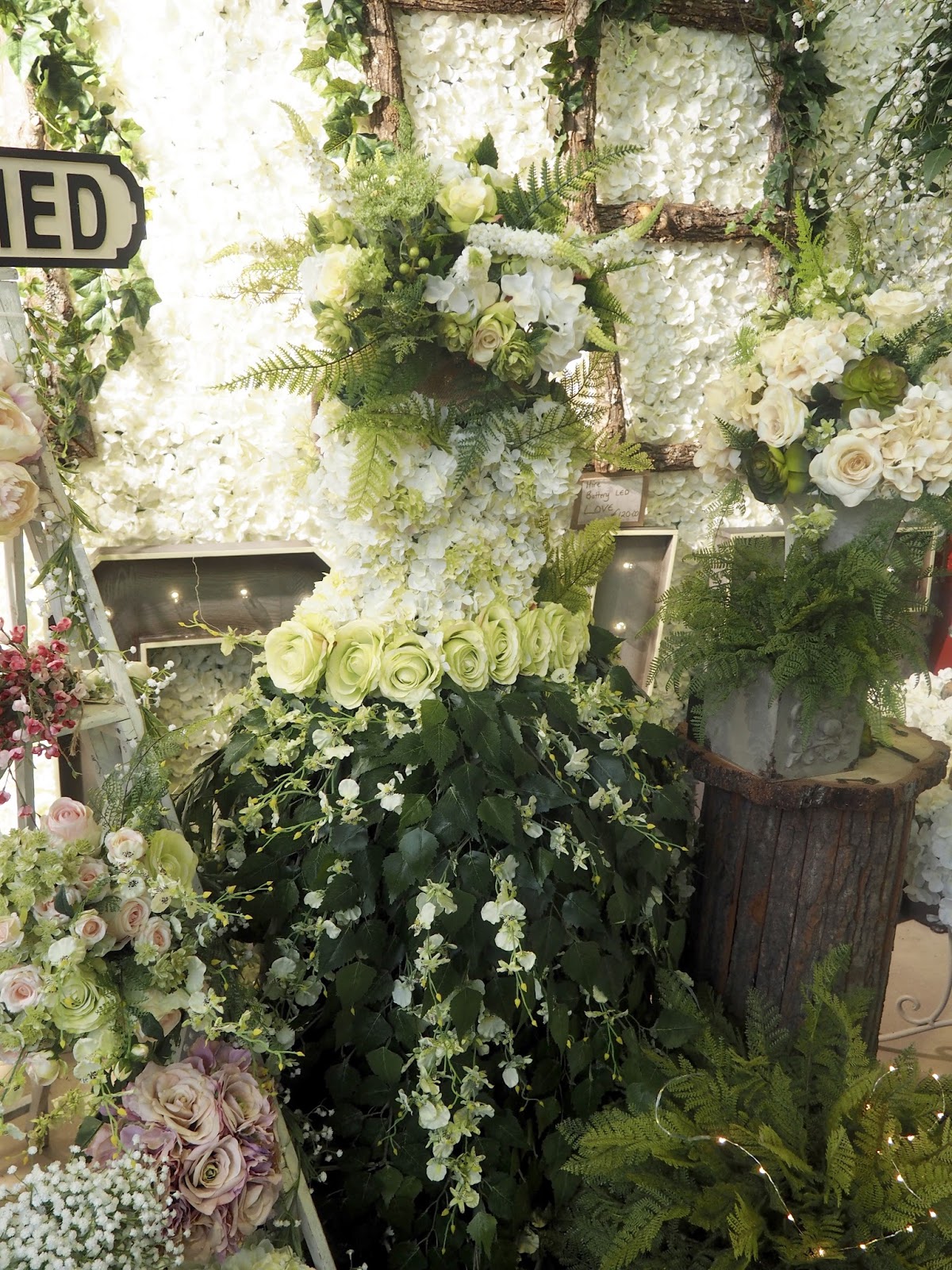 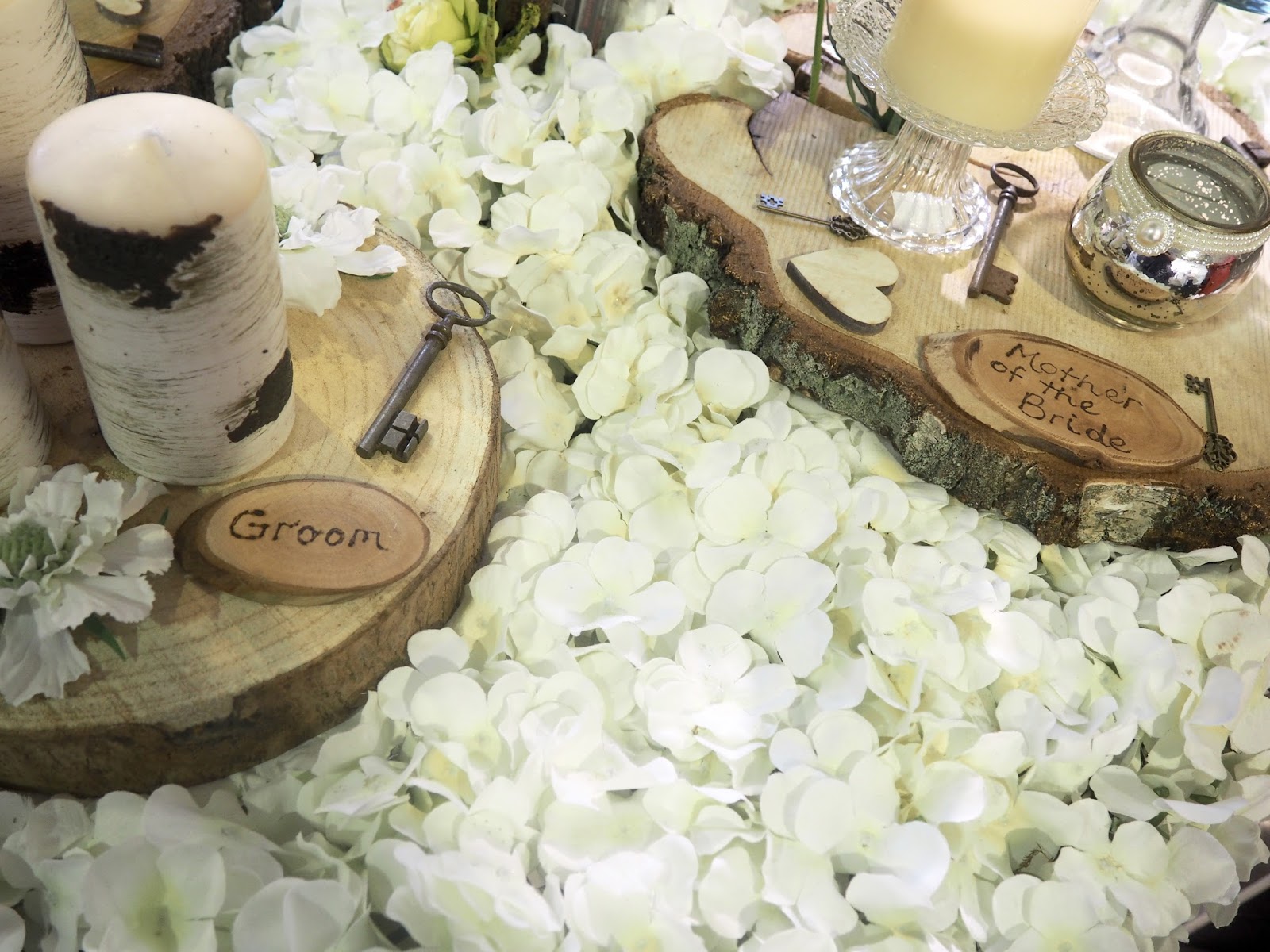 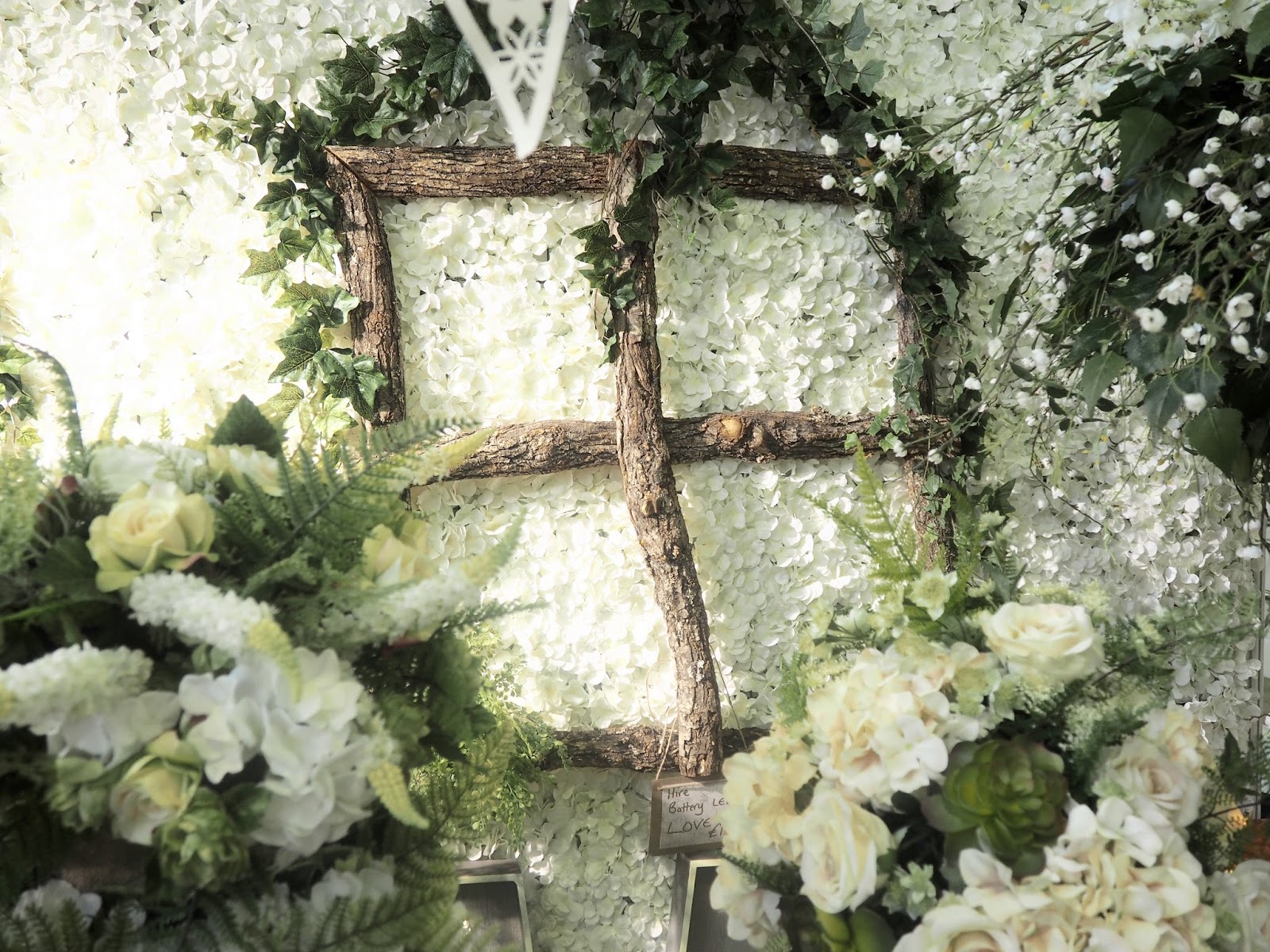 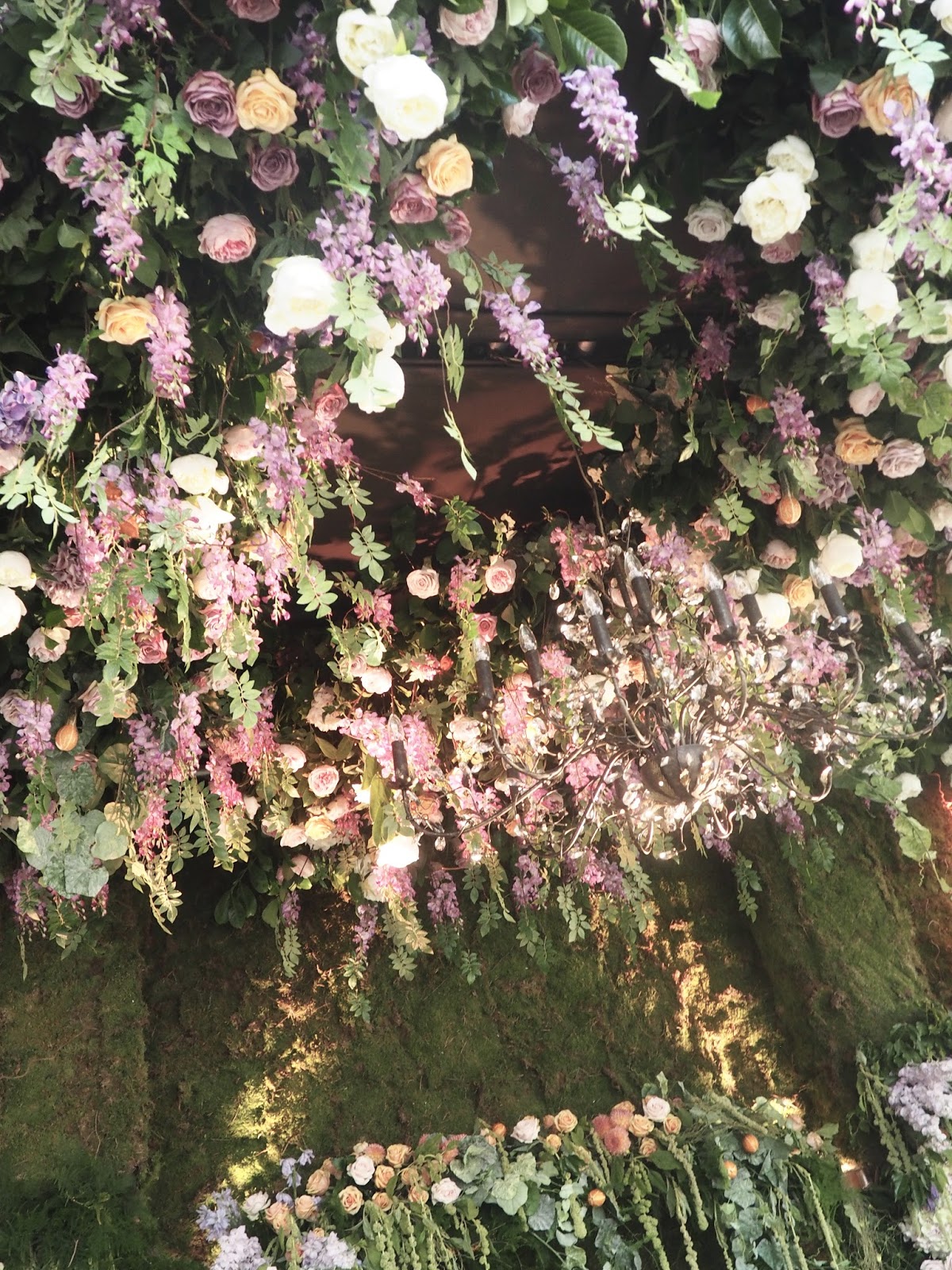 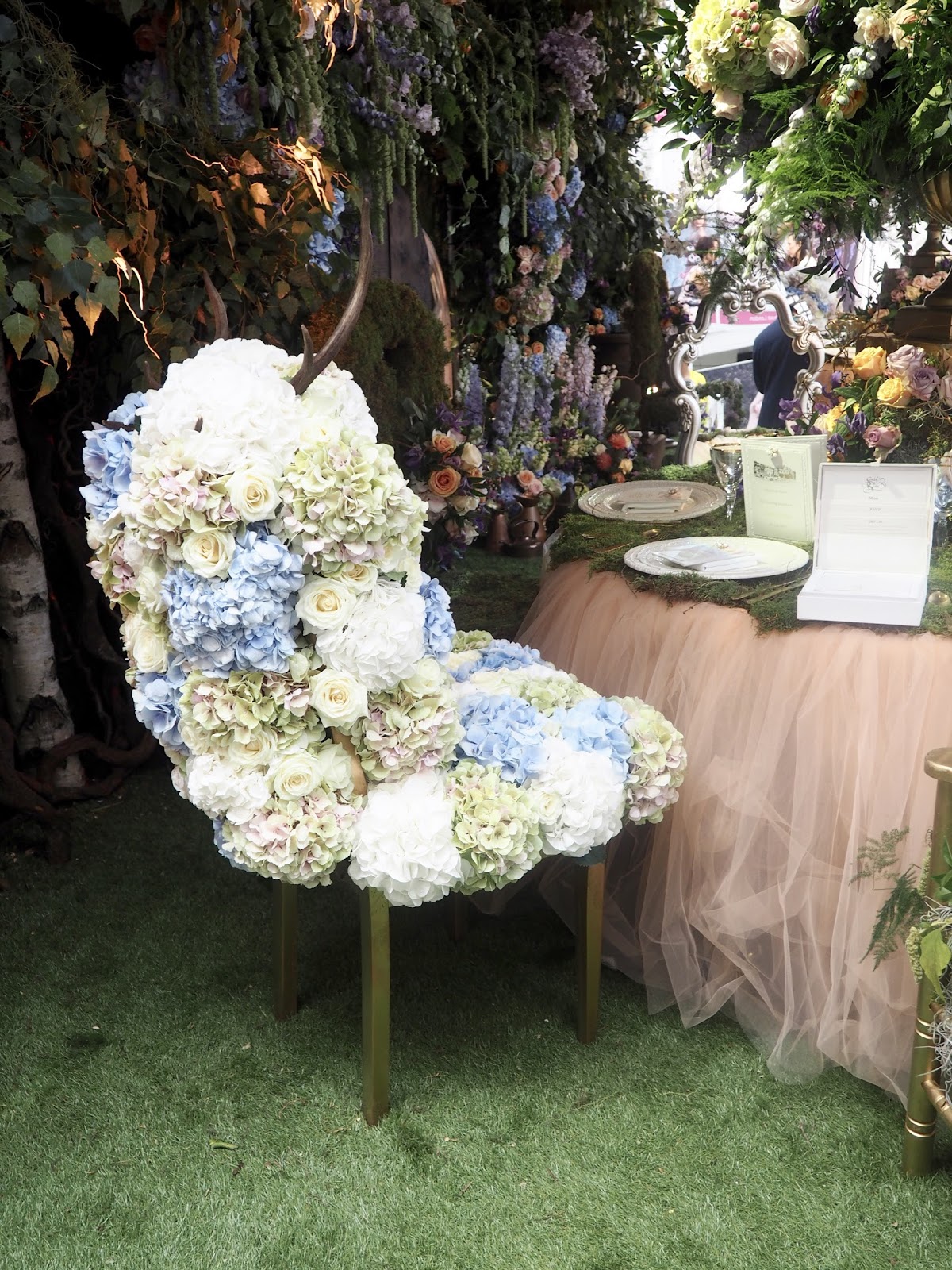 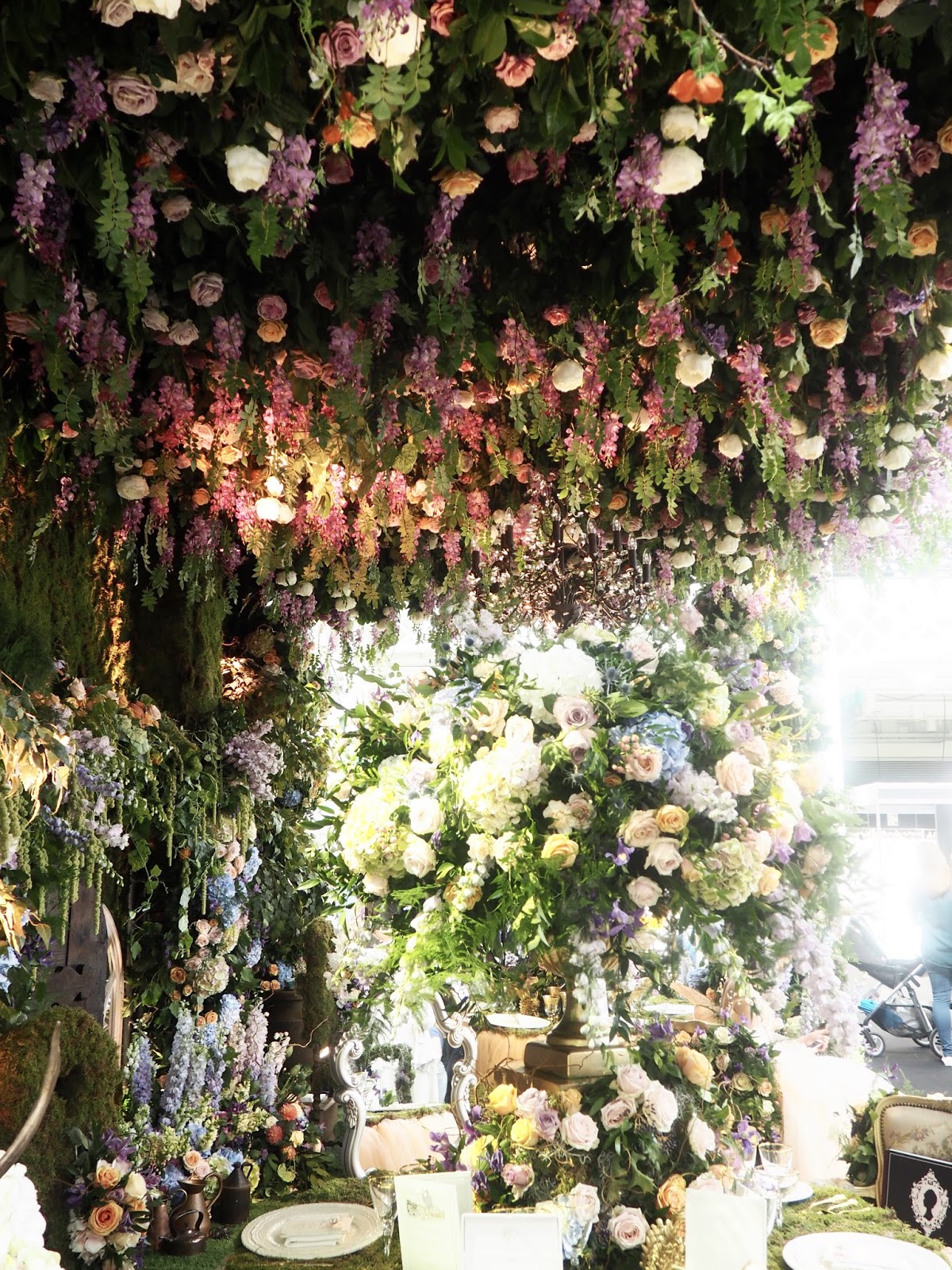 T
The impressive structure above had me sold even before I spotted the giant fairy swanning around inside like a ethereal Alice. The ceiling was made up of peonies, roses, foliage, hydrangeas and wisteria whilst the pretty tables underneath were dressed in beautiful linens, more foliage and Duchess & Butler tableware and cutlery. *SWOON*

I set my mum on the case, dreaming of our wedding marquee being filled top to bottom with something this enchanting, and was swiftly sent hurtling backwards up the rabbit hole when a nice lady with a clipboard informed us it would set us back around £40,000. To quote a very wise Blue Tang fish I once knew….”good feelings gone.”

However, the florist behind this masterpiece (Amie Bone) is a genius and you can see more of her work here. 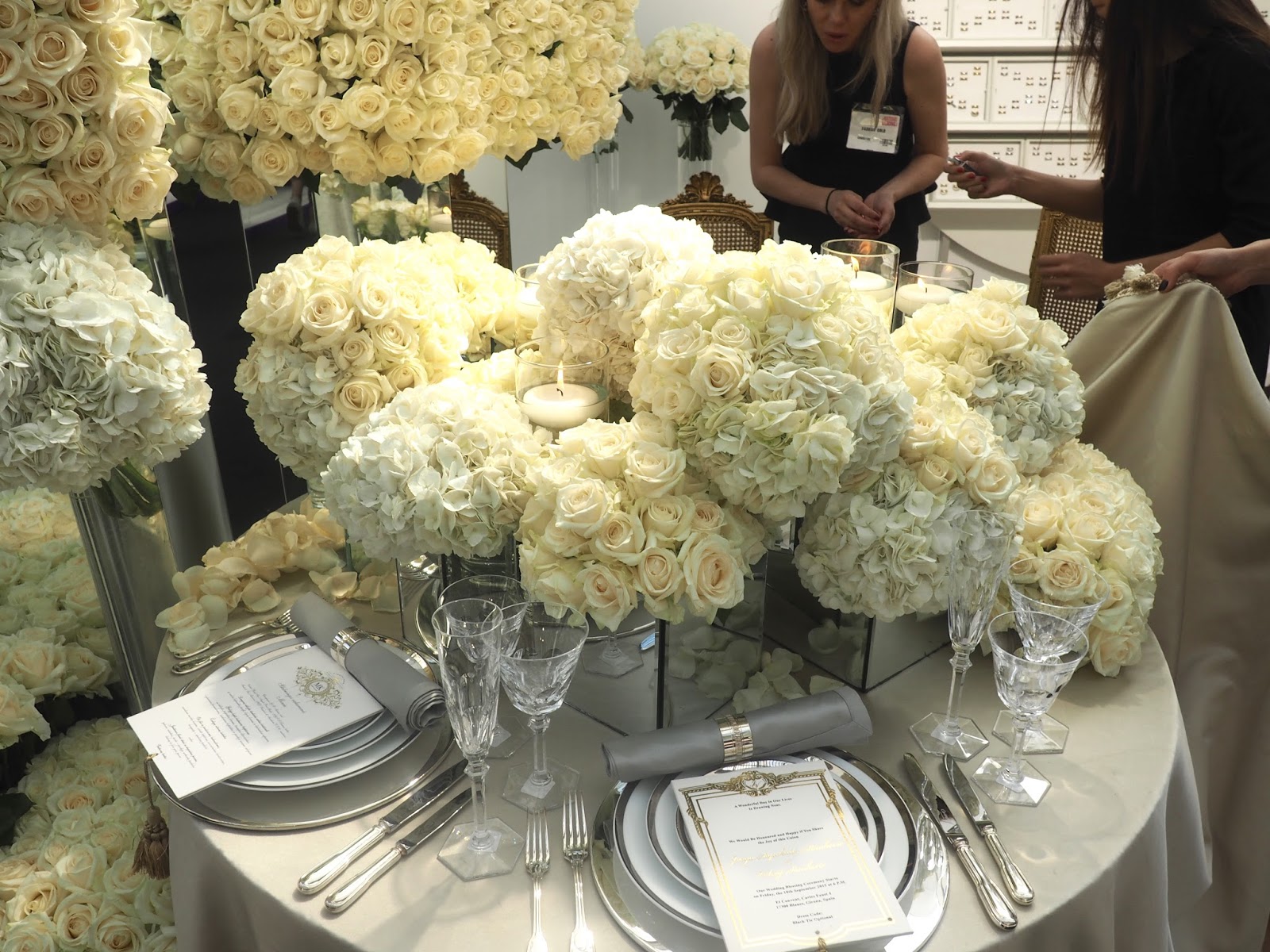 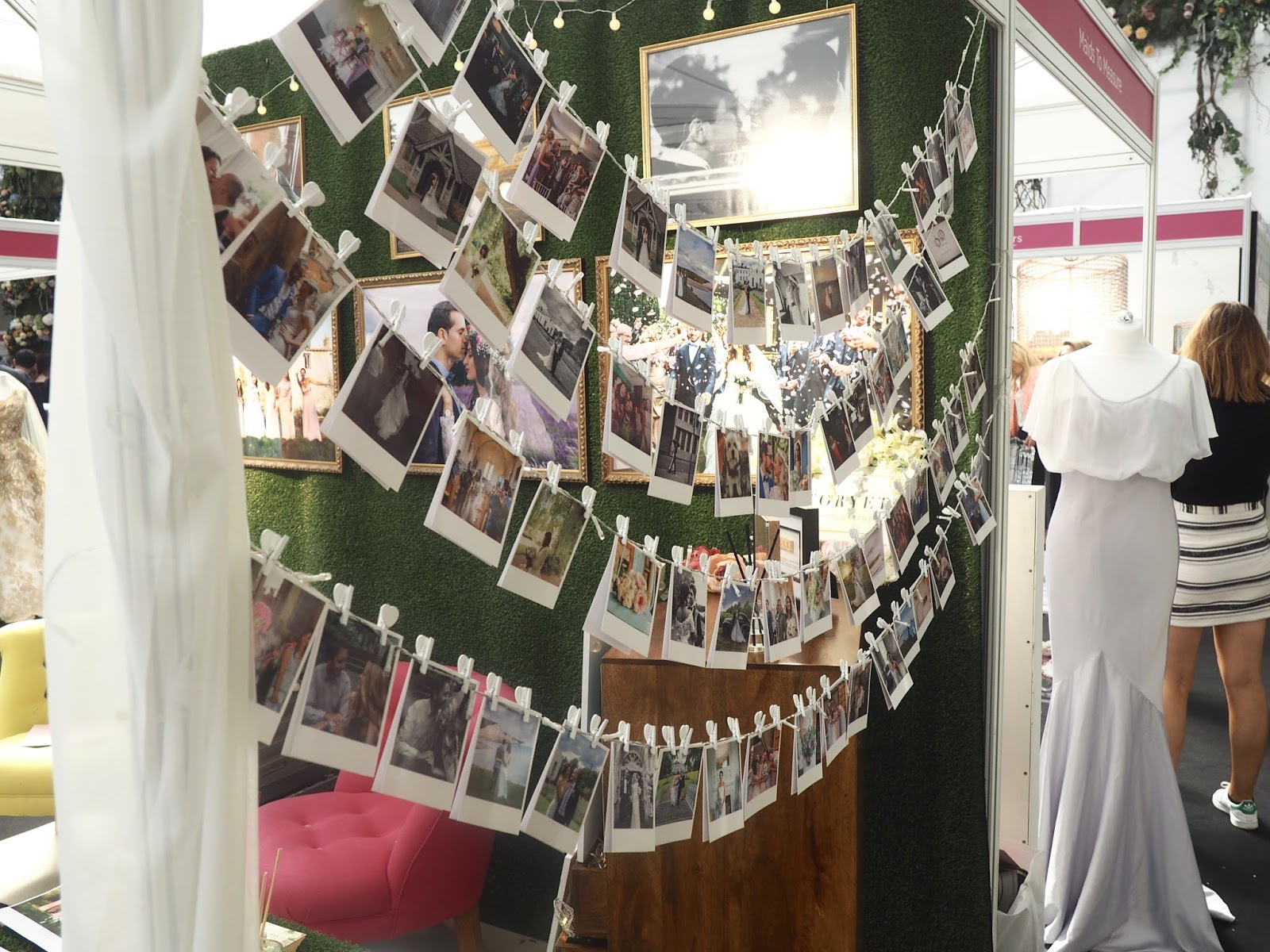 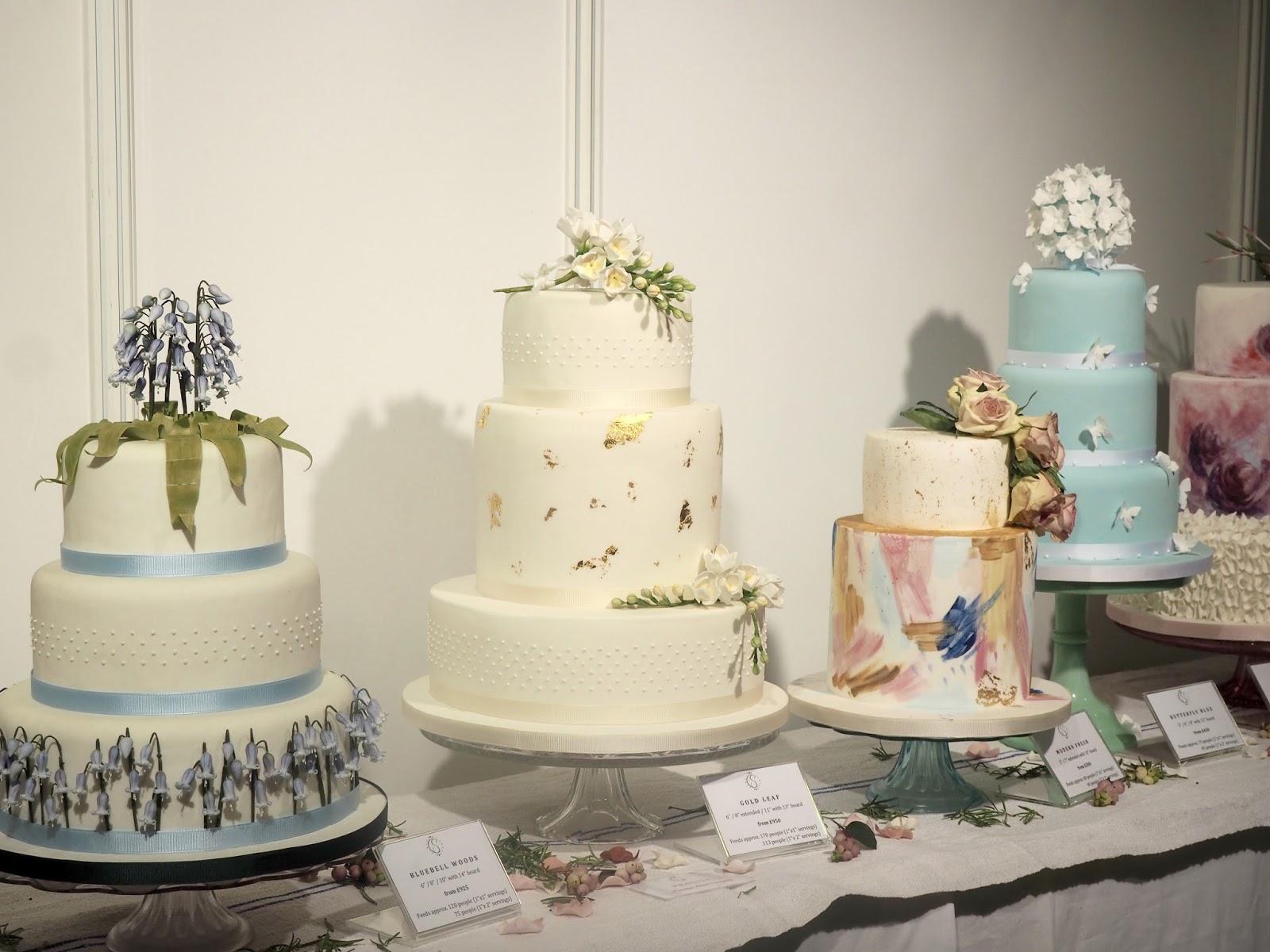 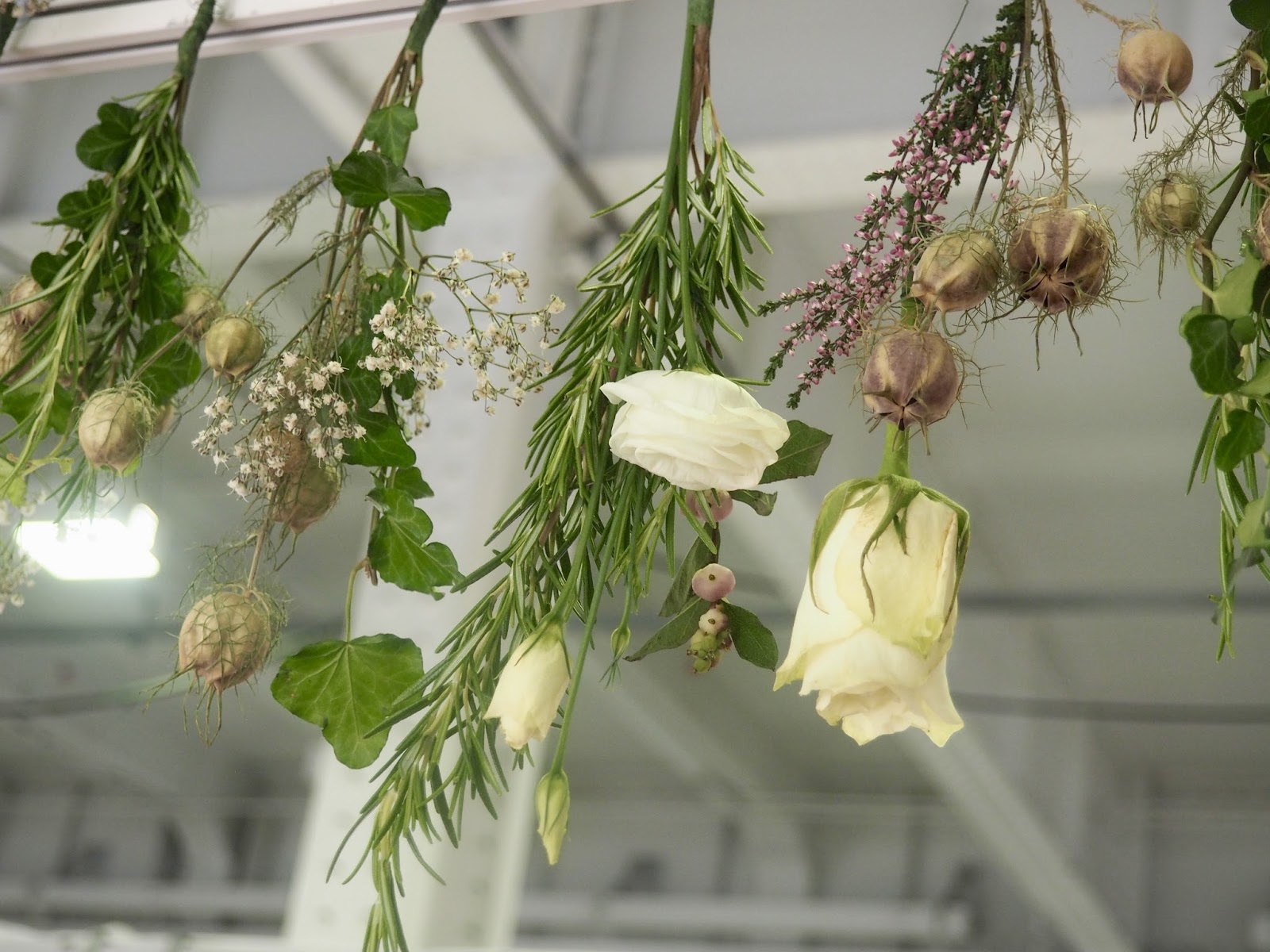 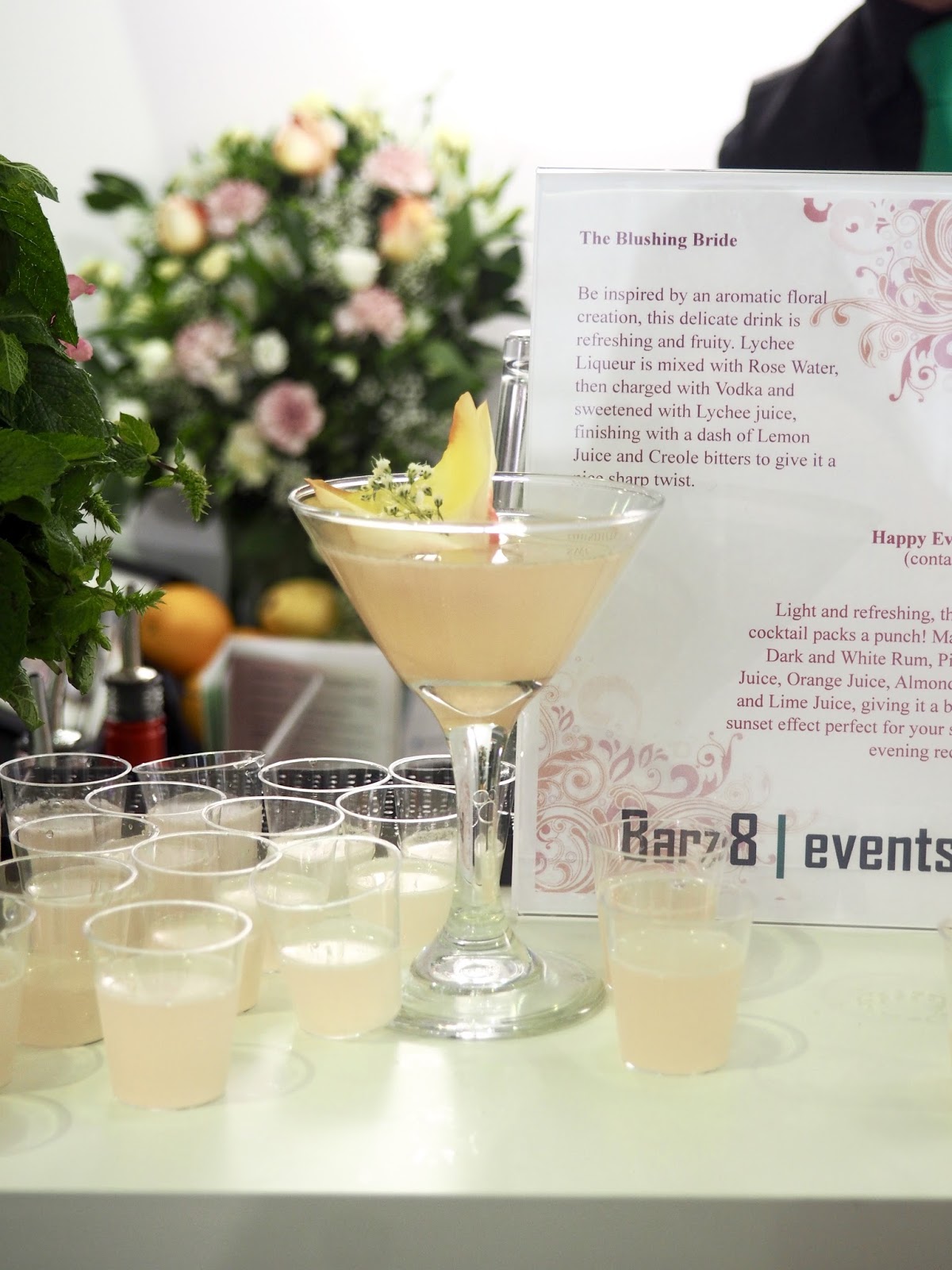 After an hour or so it’s safe to say I was feeling more than a little overwhelmed by the sheer amount of stuff, so I instructed Laila to start volunteering when enthusiastic merchants asked, “Who’s the bride?”

She took to the role brilliantly, happily ingesting the verbal confetti that was being flung at brides left right and centre. With a few seconds to breathe, we decided to do a little research for bridesmaid styling and ended up having our hair curled at the Donna Bella styling station using the Curling Wand Pro 10 (here).

I’m really not one to buy into the hype of a styling product, but this thing is a stick of magic. After 3 seconds you’ve got a bouncy, industrial-style curl that refuses to be brushed out or weighed down despite not having any hairspray or product in it. Even after 24 hours my curls were still exactly the same. I literally don’t understand it. Needless to say we bought two. 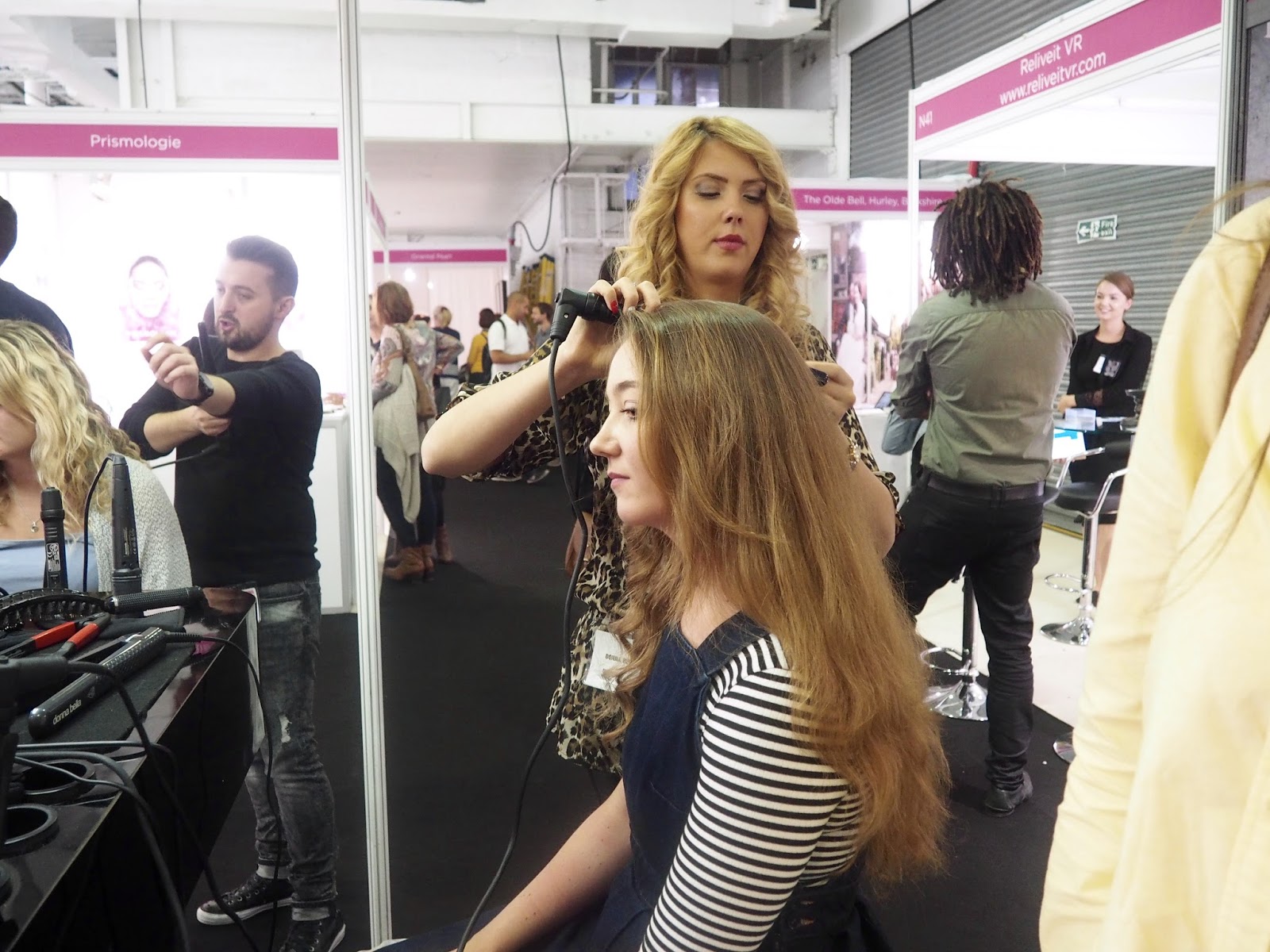 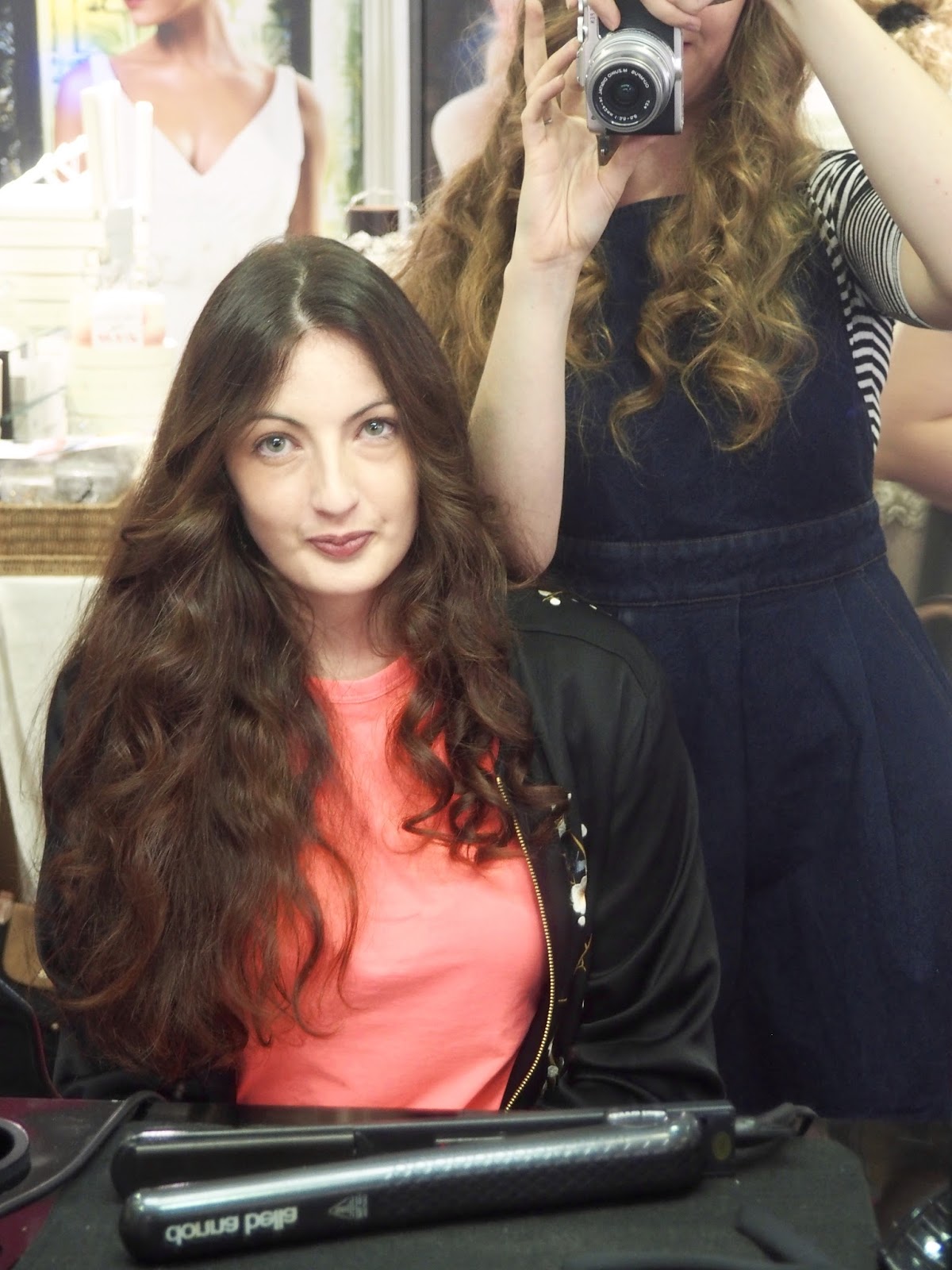 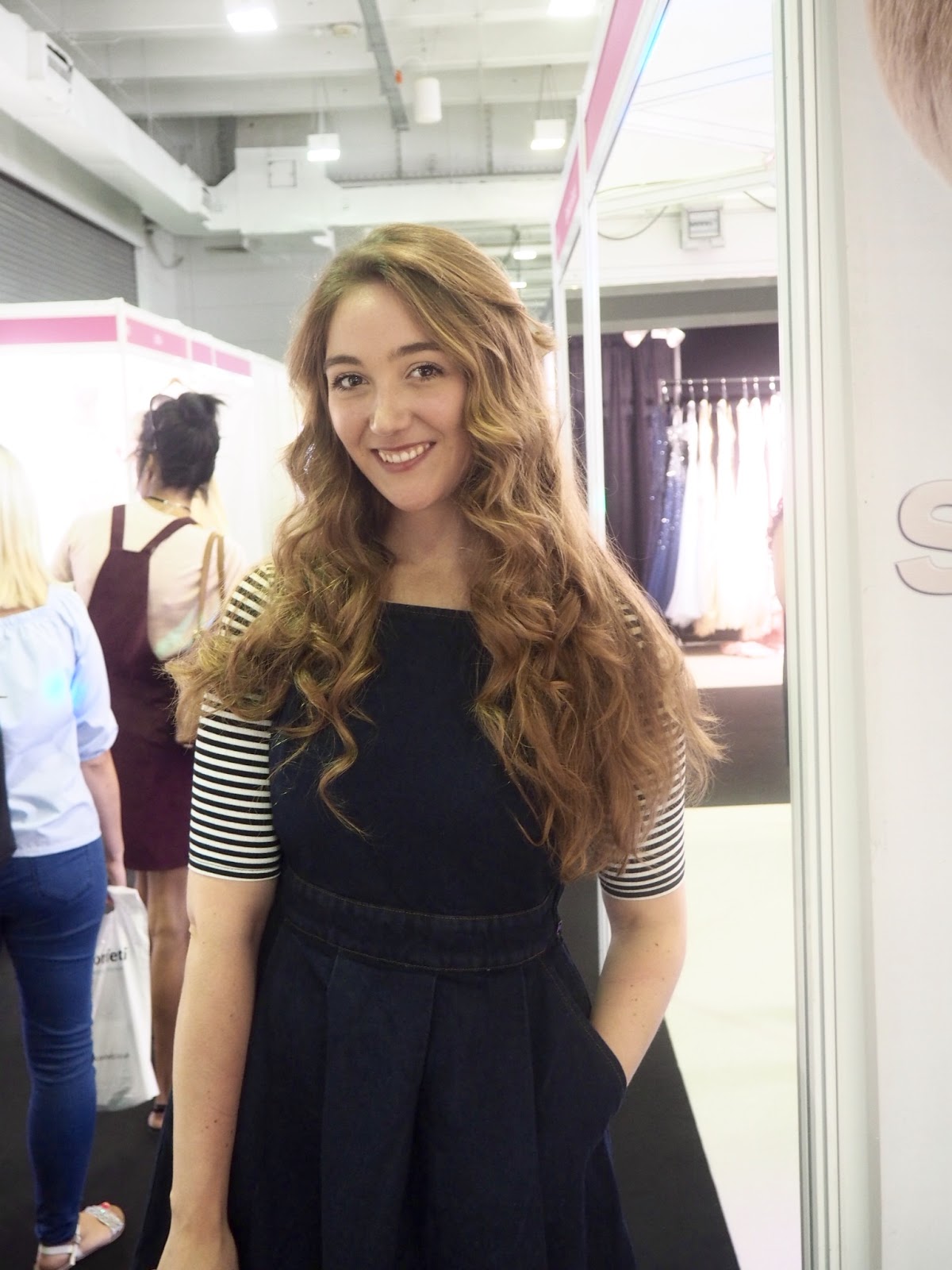 The catwalk show was…interesting. It’s not that I didn’t enjoy it it’s just that the wedding dresses all looked the same to me, and I’m not sure what’s going on in the photo below but I’m not a fan of the flying saucer headpieces. I did get an idea of the sort of dresses I am attracted to though – they mostly involve lots of 3D flowers. The most striking addition to the catwalk actually came from Debenhams, who had some seriously handsome suits for the groom and groomsmen and a few really pretty bridesmaid dresses. Debenhams is now firmly on my radar.

After the catwalk we attempted to get drunk on shots of champagne as the bartender tried to convince me (actually Laila by this point) that my married life would be filled with happiness and prosperity if I bought six crates of his champagne. Had Laila not volunteered as the bride I may have deliriously signed whatever he wanted me to. 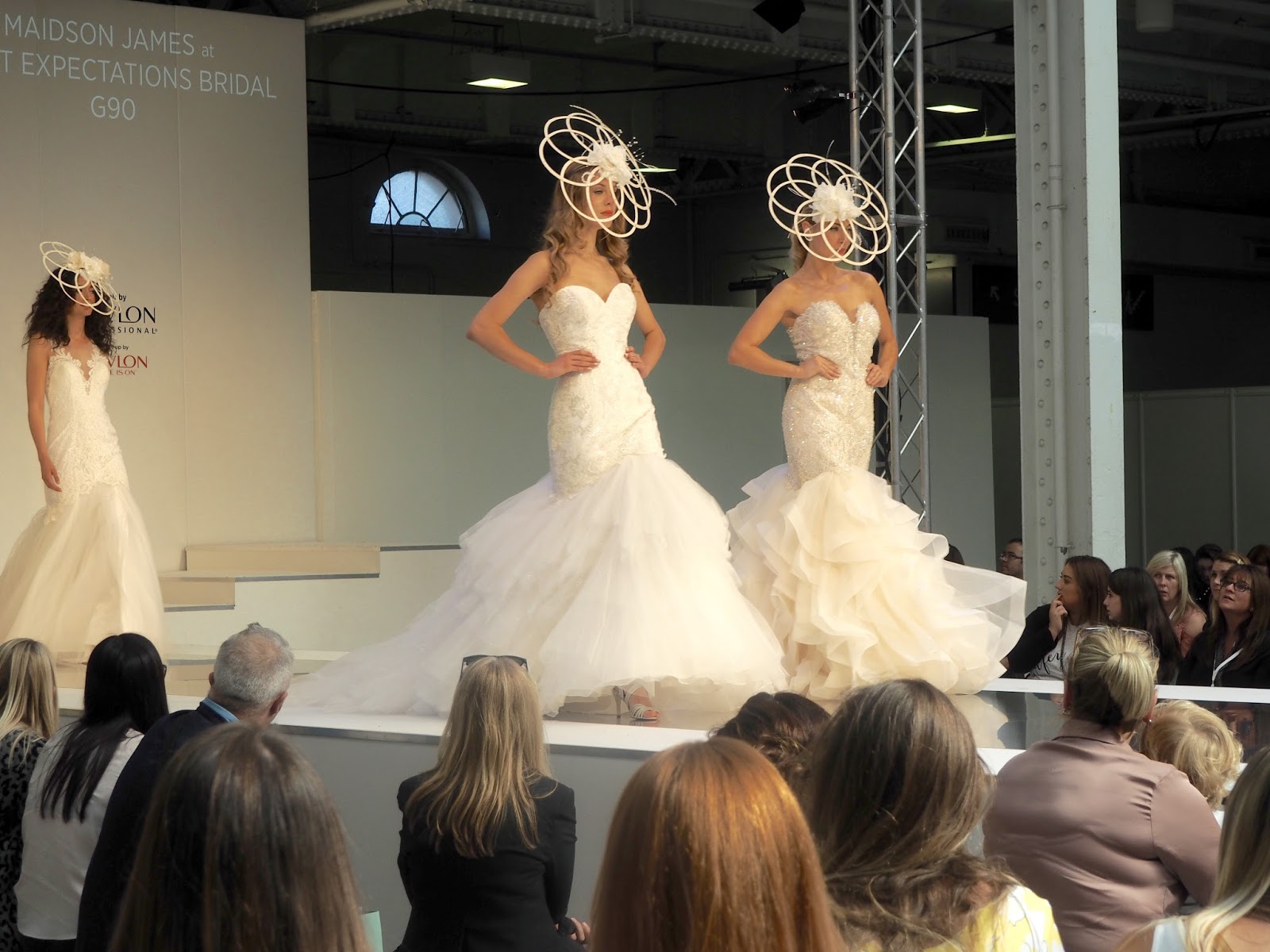 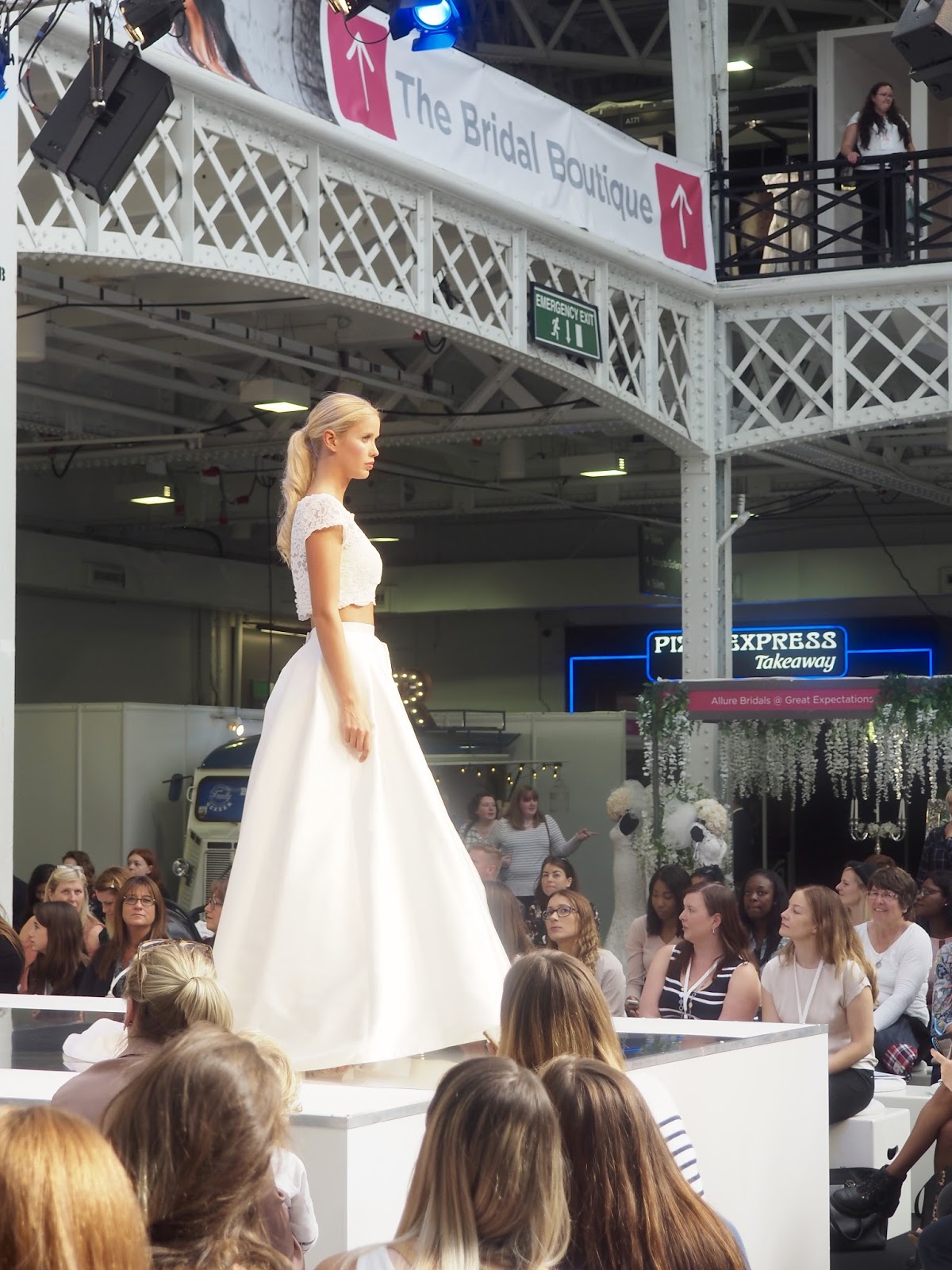 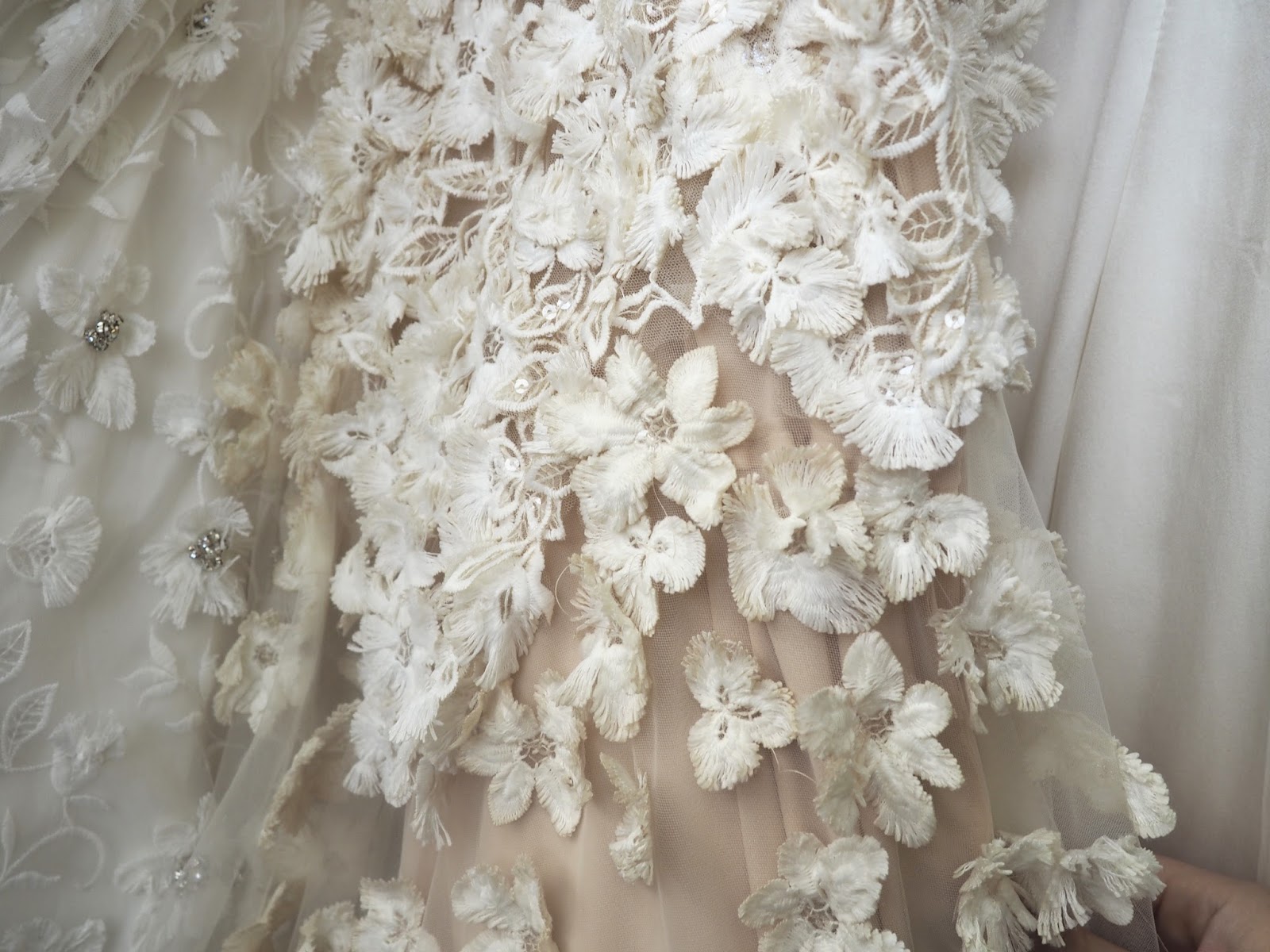 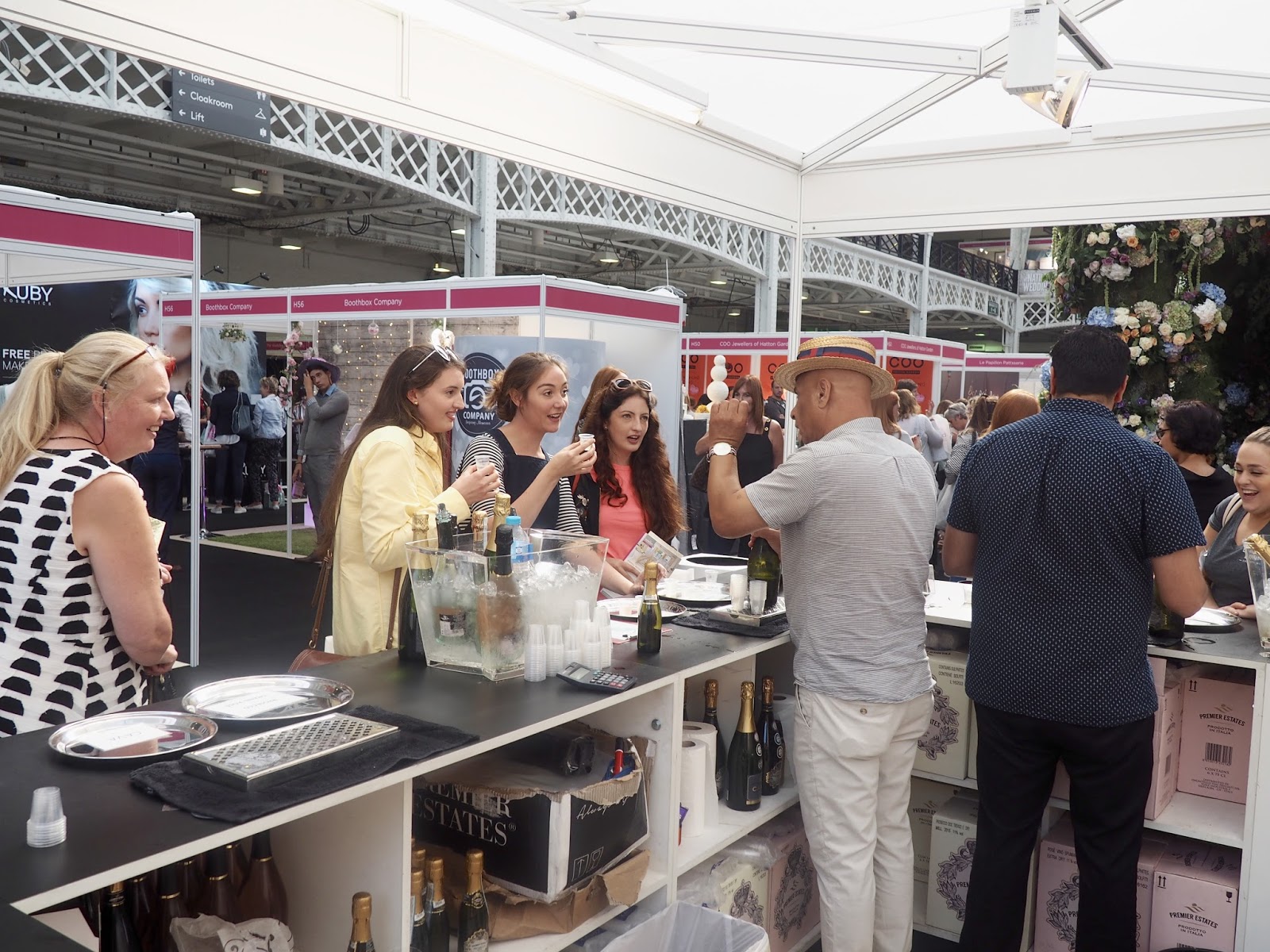 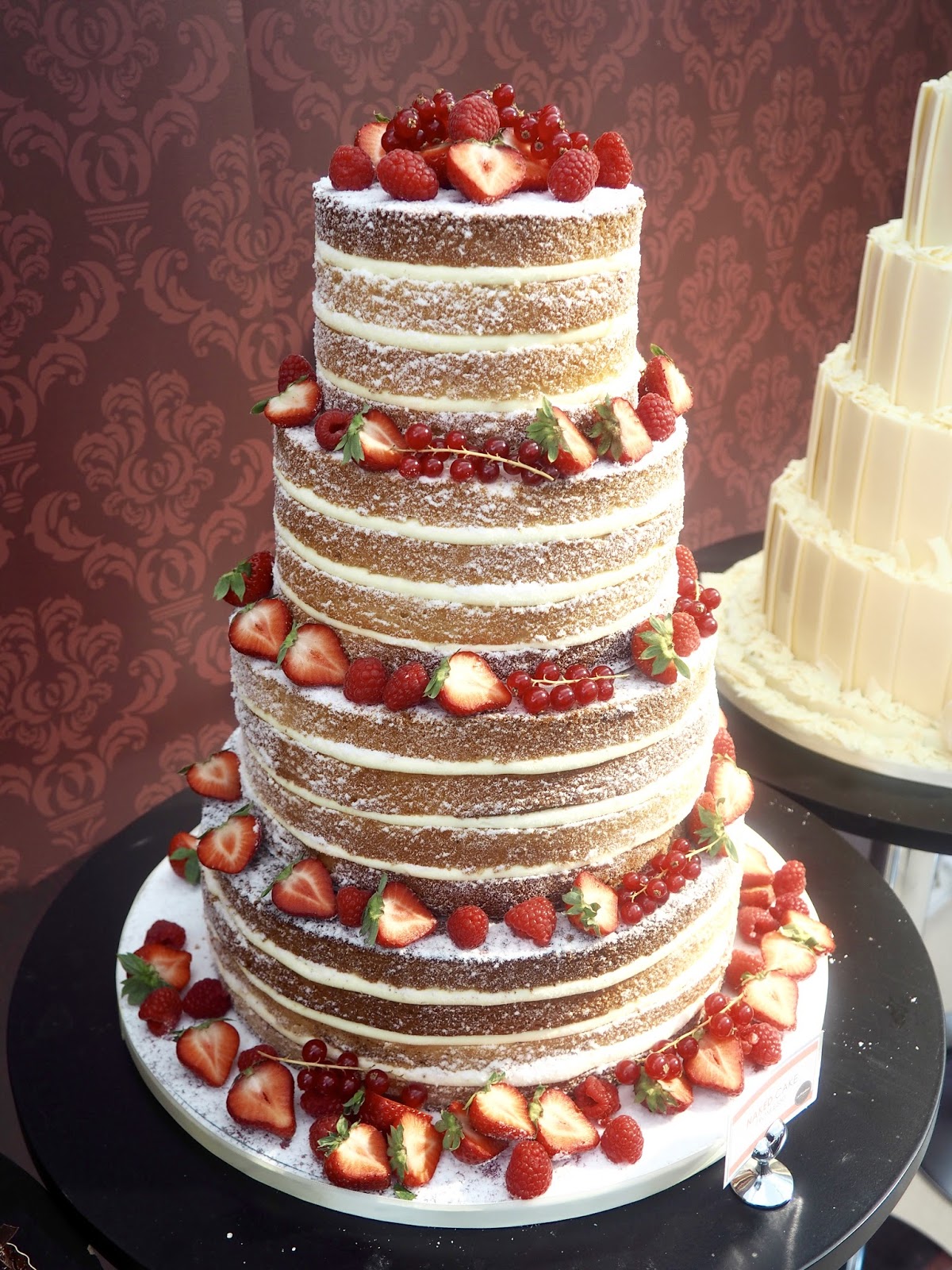 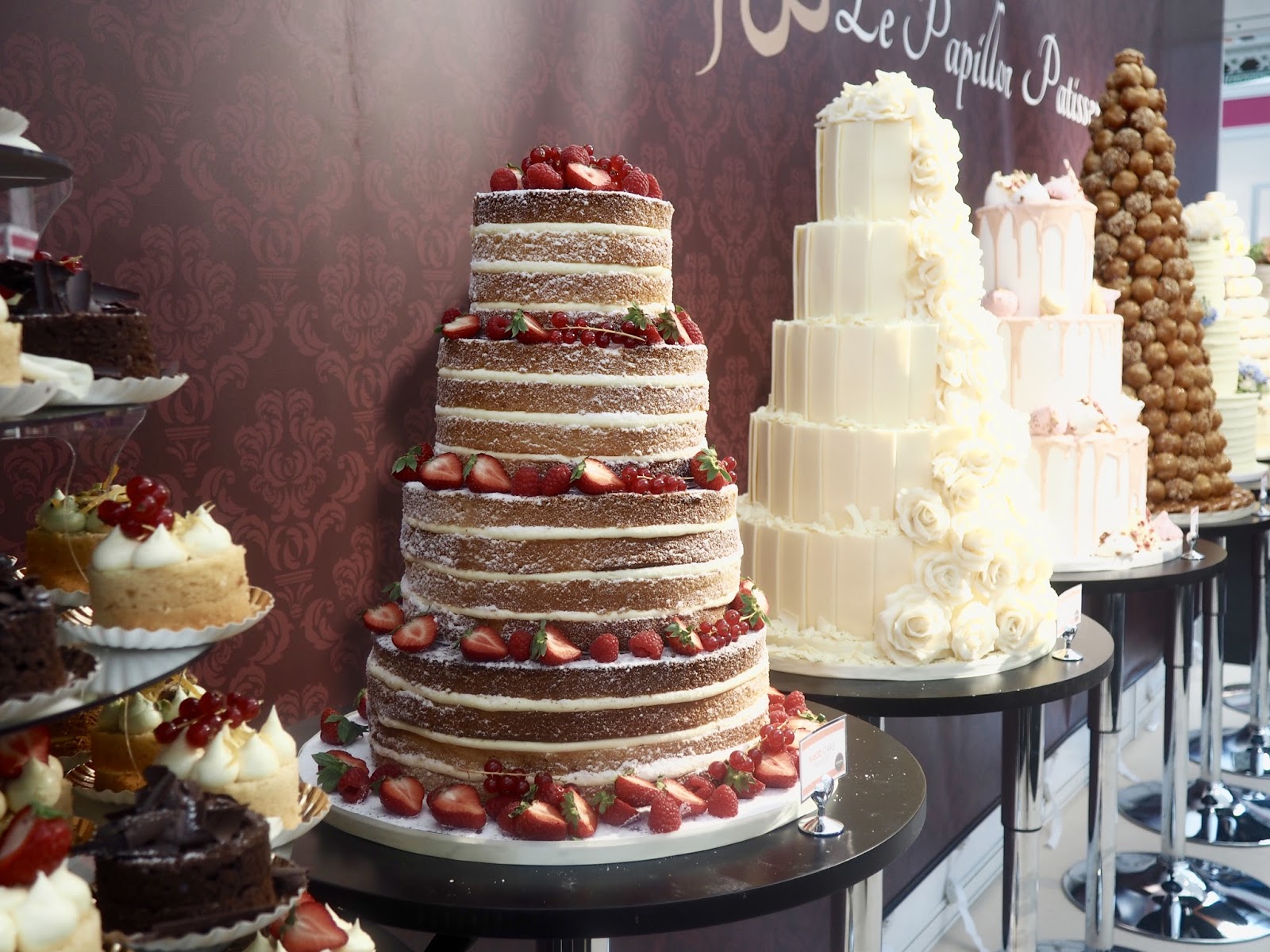 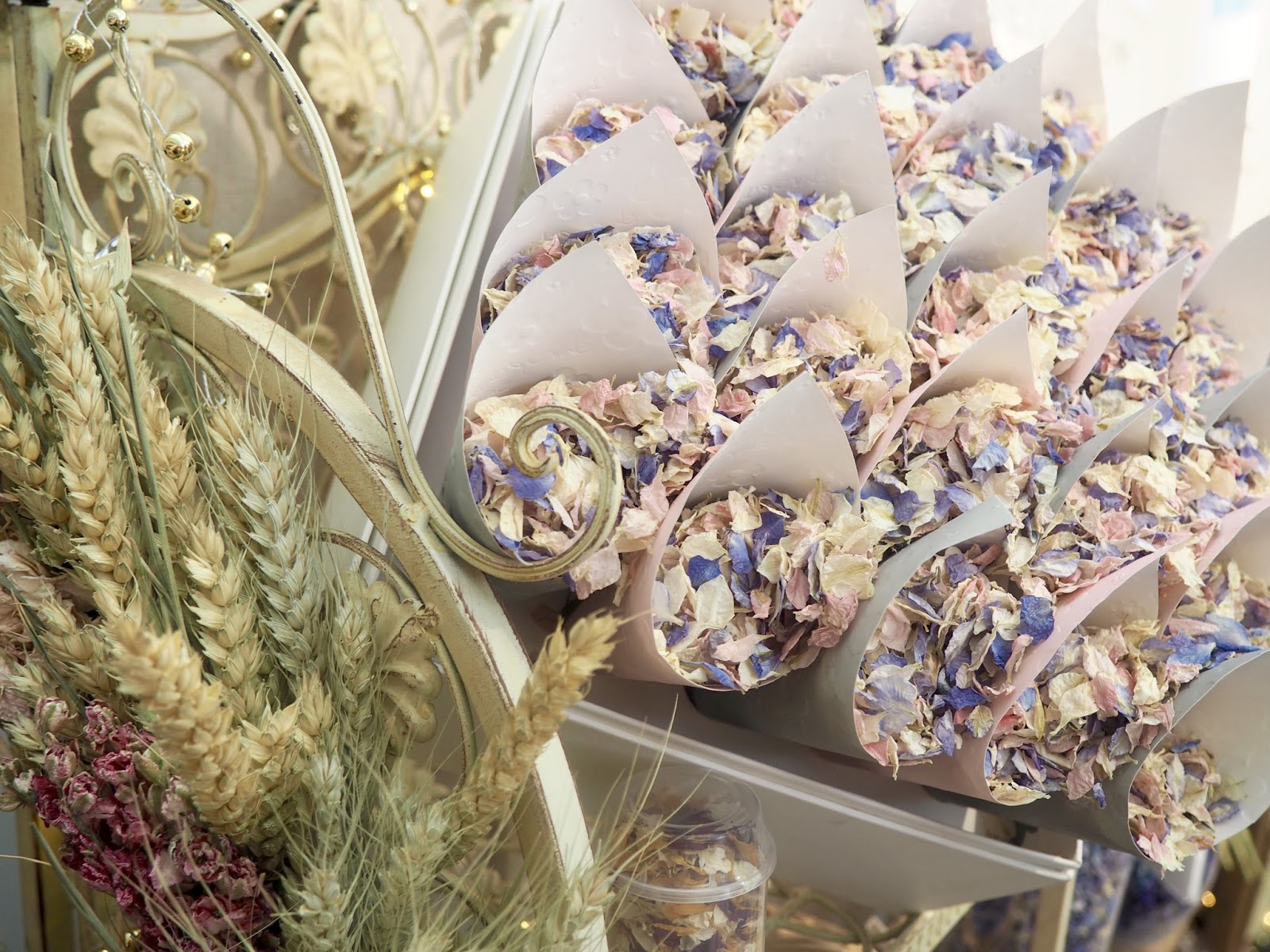 It was lovely spending the day with Laila and my mum and picking up some styling tips, but I did feel like a giant slice of jelly afterwards. These things can be incredibly overwhelming as you go through your mental checklist and discover things you didn’t even know you needed, like heel stoppers and wedding insurance. No wonder there were so many cake-tasting stations dotted throughout the building – brides need regular sugar fixes to stop them passing out! Next time, I’d like a little less of the impressive sales talk and a few more shots of champagne please…