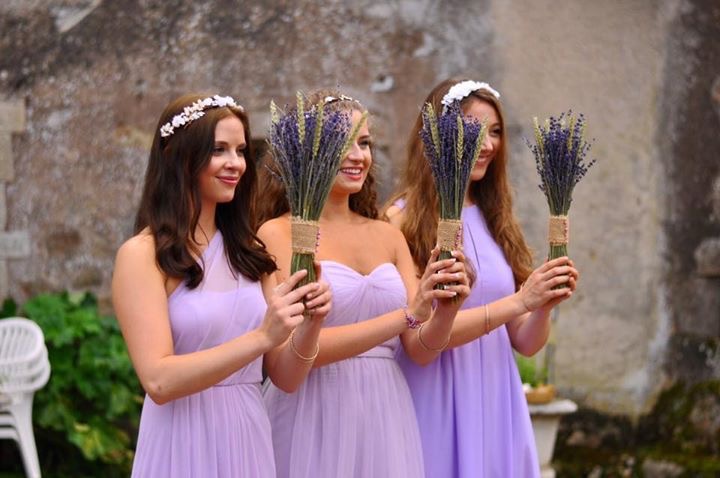 Believe it or not guys, flowers need not cost you a fortune on your wedding day. Unless you have some kind of vendetta against wild posies or your venue has its own in-house florist. If it’s the former, I say channel your inner Elsa and just let it go. Think of the money you’ll save for the honeymoon! If it’s the latter, well then you may just need some crazy negotiation skills. I believe in you!

The photo above is from my best friend’s wedding back in May – I was a bridesmaid and one of my self-assigned bridesmaid tasks was making the bouquets and boutonnieres for the bridesmaids and groomsmen. I know what you’re thinking – “florist” was a completely insane job title to assign to myself 24 hours before she walked down the aisle. And right you are my friend! If you’re more “bridezilla” than “brogi” then I don’t recommend relying on one of your bridesmaids to pull an Alan Titchmarsh, unless of course said bridesmaid is a floral genius. As I am not.

Luckily for me, the bride was totally zen (most of the time) and welcomed any and all contributions to her big day – from flowers to photographs. Plus, as it turns out, I must have learnt something from the years I spent holding pins in place for bridal bouquets as my mum created floral masterpieces.

I wouldn’t have been so zen if the flowers had been fresh and needy though. These bouquets worked because the lavender and wheat were dried, meaning they could be assembled days before-hand if needed. Both lavender and wheat are super easy to get hold of online, and the gypsophila I added to the bride’s bouquet is affordable and hardy. So again, thank god for that!

HOW I MADE THE

Firstly, grab a bunch of dried lavender. Try not to shake it around too much though or you’ll be hoovering lavender for weeks. I used five individual wheat stems to frame the lavender. Then, using green stem tape secure the stems together tightly. You won’t be able to see this green tape so use as much as you need to hold the bouquet together. Once it’s secure, wrap a piece of pre-cut hessian around the stems. Fold the end of the piece over neatly and secure with round-headed pins in your choice of colour. When you push the pins in, go up rather than down and watch your fingers! I used purple pins for the bridesmaids and white for the bride. You could also use lace instead of hessian. Easy peasy!

Not gonna lie, these were harder to put together. Mostly because they were fiddly. You just do exactly the same thing with these, only you’re using a few stems of lavender and just two wheat stems. For the groom, I induced some gysophilia so he matched the bride. Wrap them with your green tape until they are secure, then instead of hessian use raffia to hide the tape. I sealed them with a knot. 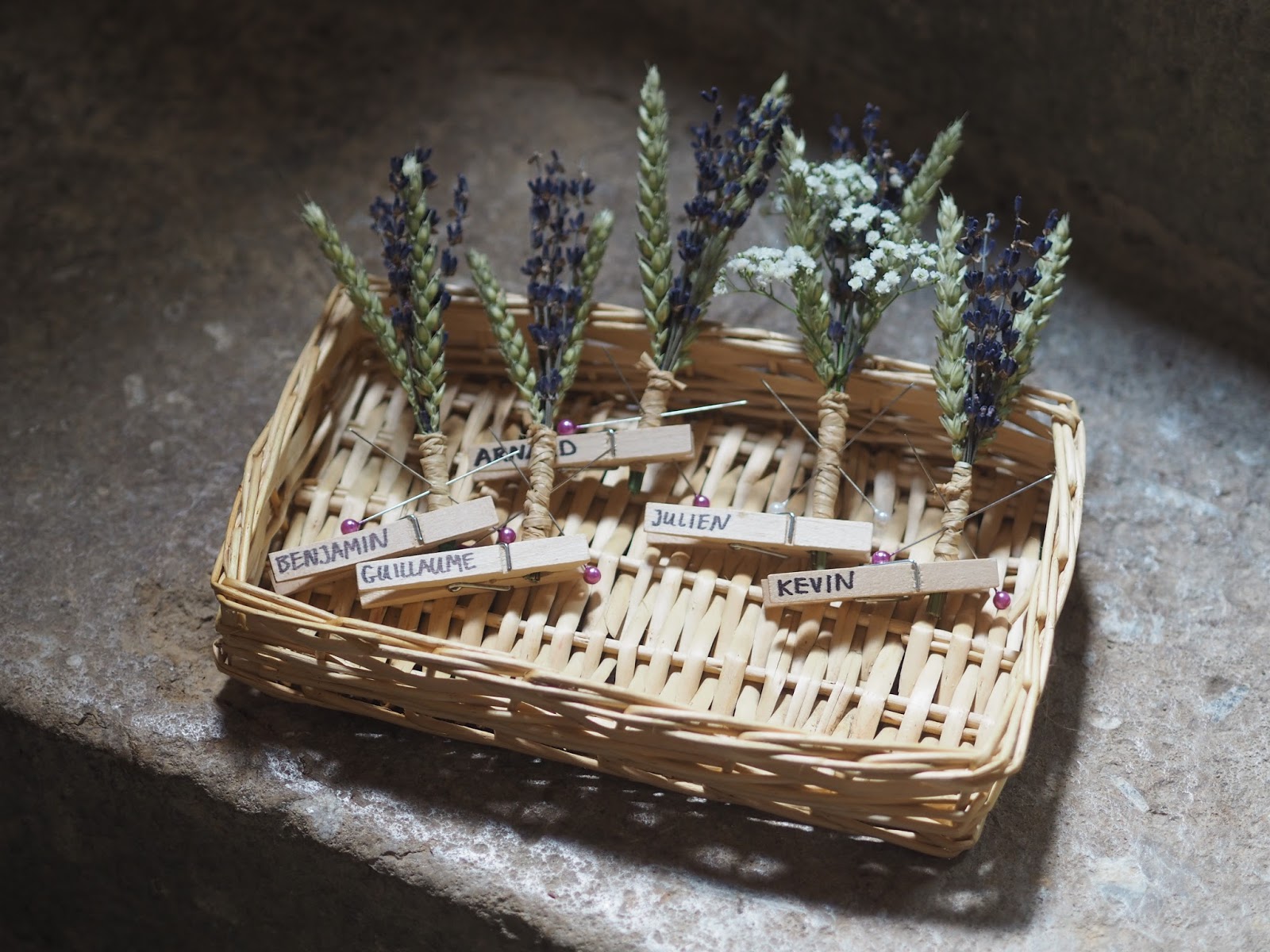 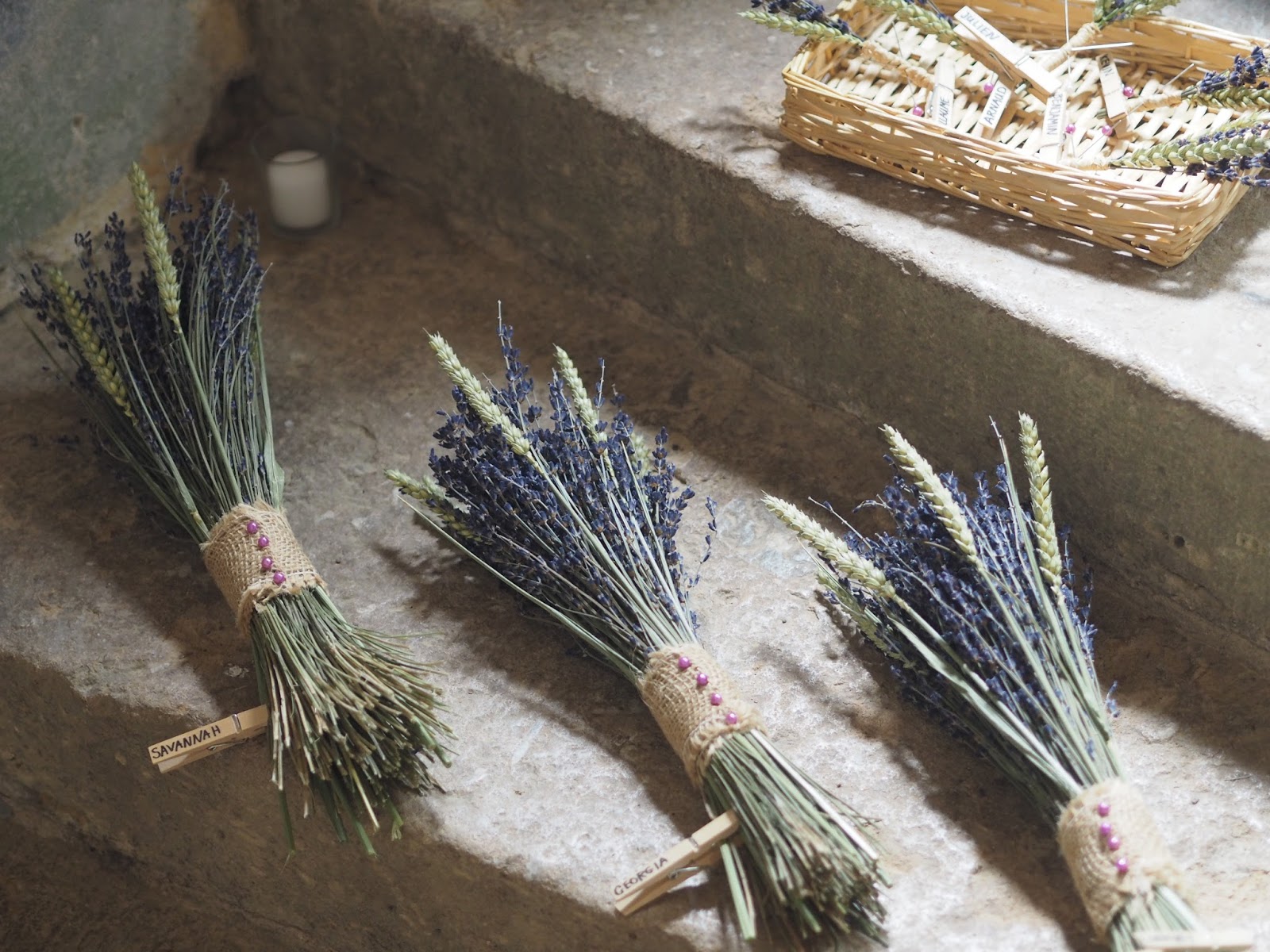 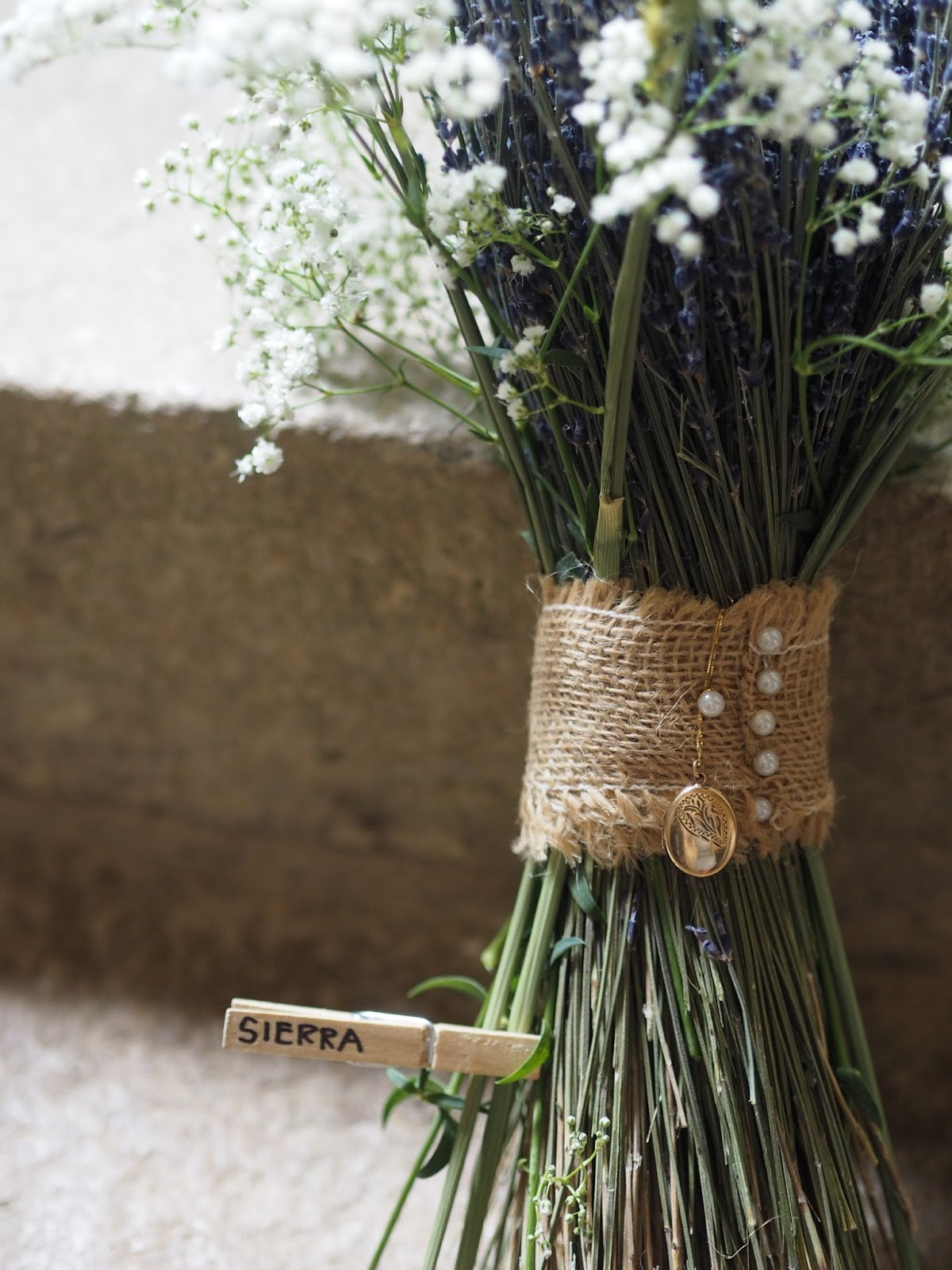 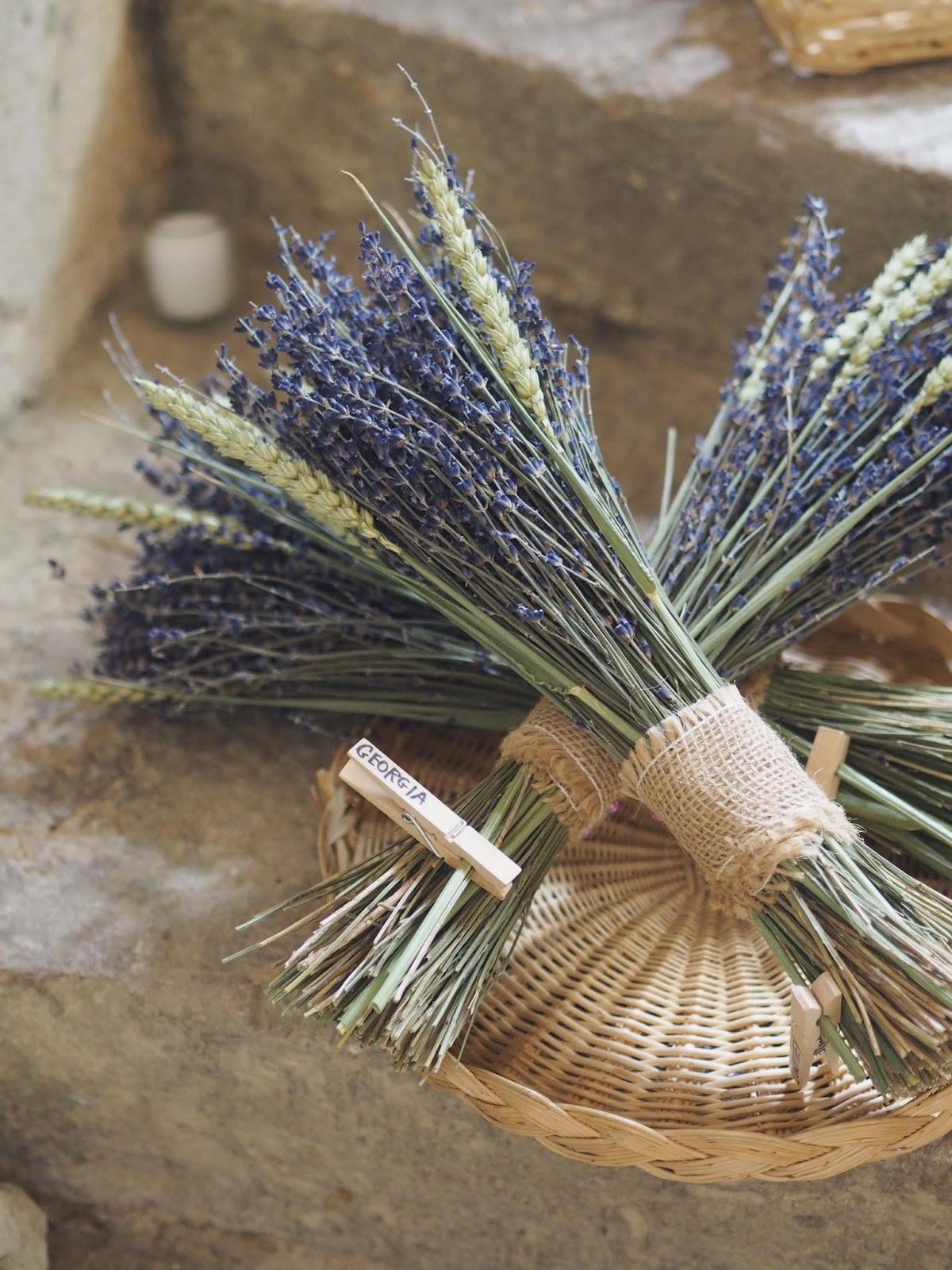 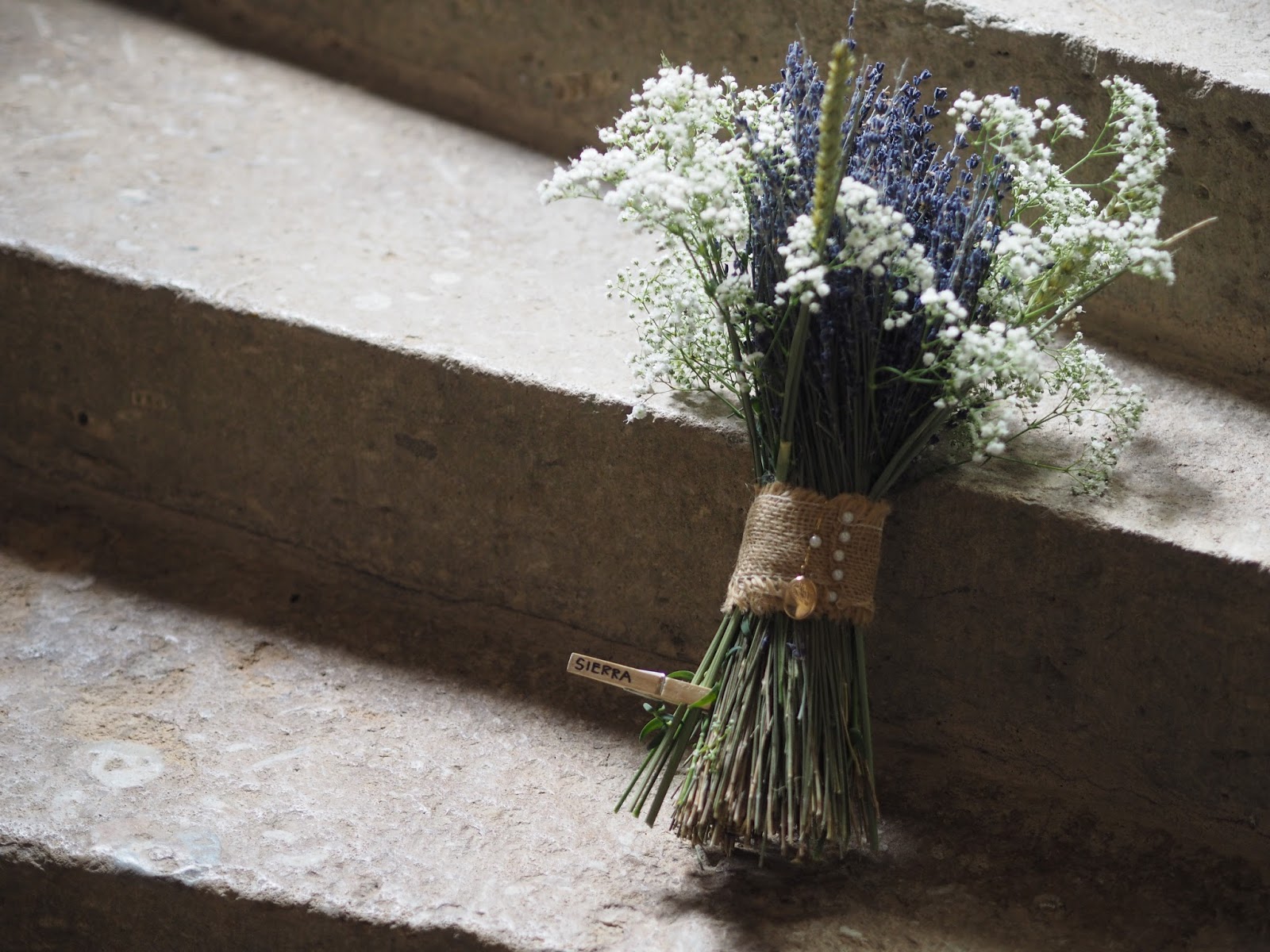 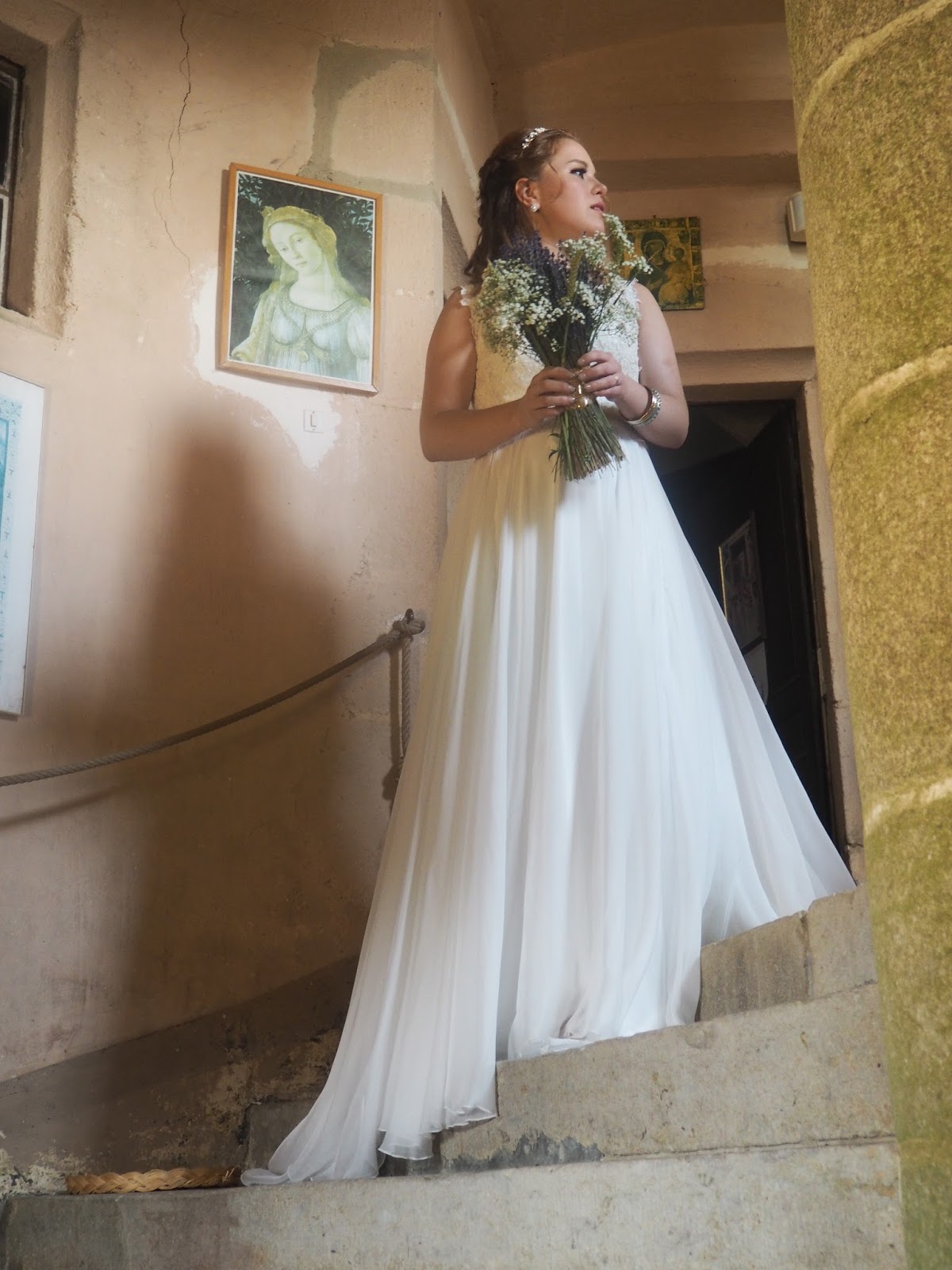 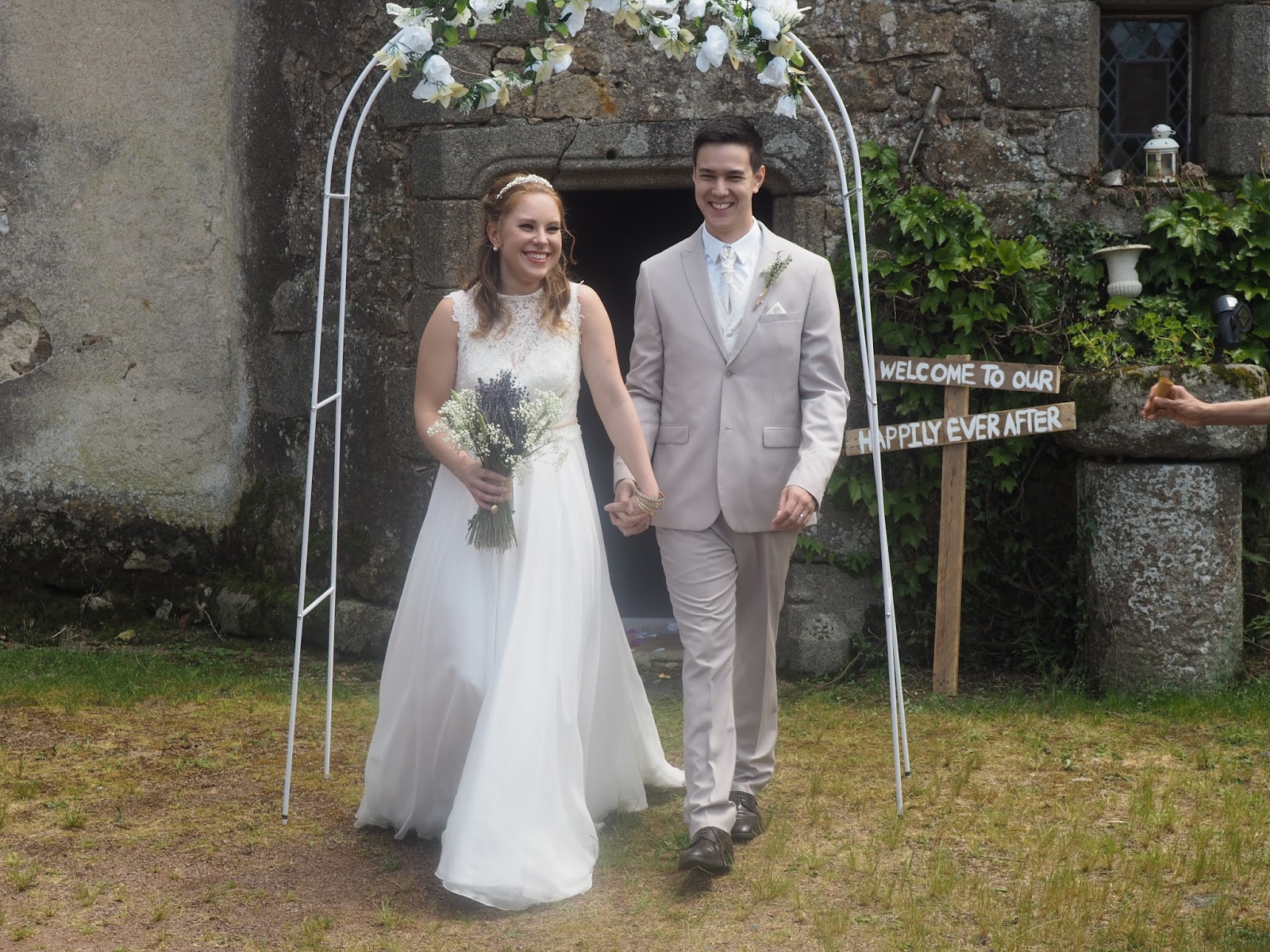 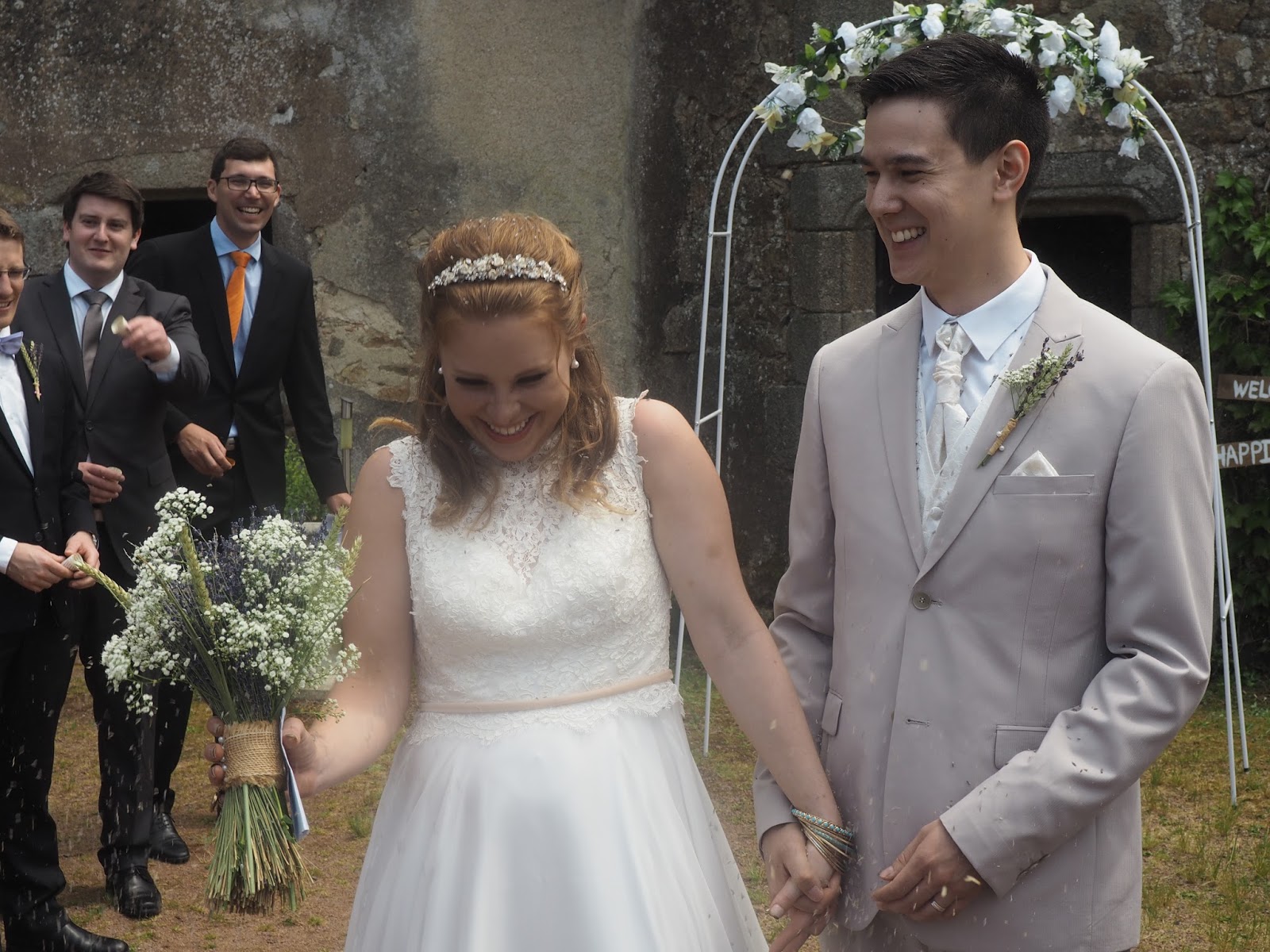 Have any of you guys thought about putting together your own bouquets or do you have a super talented florist in the family? Tell me what kind of flowers you had or are having for your big day!

PREVIOUS POST
"A LUXURY BARN IN LITTLE WALSINGHAM, NORFOLK"
NEXT POST
"DIY WEDDING SAVE THE DATES"
1 comments so far.

One response to “DIY WEDDING FLOWERS”